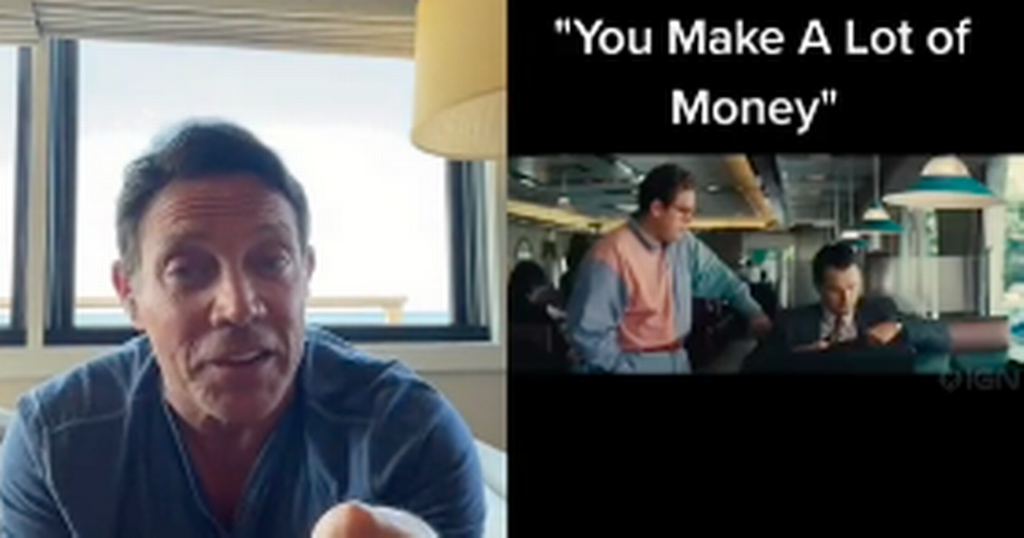 The real-life Wolf of Wall Street has set up a TikTok account to reveal what parts of the iconic 2013 film were real and which were completely made up.

Jordan Belfort was the inspiration for Martin Scorsese’s film The Wolf of Wall Street after making millions in the 1990s through his investment company.

The movie follows Belfort’s rise to the top as well as his fall involving crime, corruption and the federal government.

Now, Belfort has taken to video-sharing app TikTok to share the truths and squash the rumours featured in the hit film.

Already at 2.8 million followers, Belfort has snapped the apt username of ‘wolfofwallstreet’ and has a verified account.

The first video in his new series ‘Fact or Crap with the Wolf’, looks at the scene where character Donnie, played by Jonah Hill, quits his job to work with Leonardo di Caprio’s Jordan Belfort. This actually happened, except it was a man named Danny and they were not in a diner at the time.

“He actually called his cousin and quit! Just like that. It’s incredible,” Belfort said.

The second video in the series is “one hundred per cent true”. It features di Caprio’s character giving a crowded room of workers a very influential speech before the Steve Madden initial public offering (IPO). Belfort recites the speech alongside him, word for word.

Next, we see Belfort duet, a feature that allows you to build on another user’s video, a TikTok about his infamous yacht.

The original video, by user ‘anchorlife’, makes a number of different claims about the Wolf’s yacht.

While most of the claims are true, there is one that he denies.

‘Anchorlife’ claims the yacht was purchased for $47 million, but the humble Belfort denies this, saying he spent “much less” on Coco Chanel’s former boat.

The Wolf of Wall Street shares many different videos to his account including recreations of old photos, inspirational messages as well as jokes with other users. Find him here.