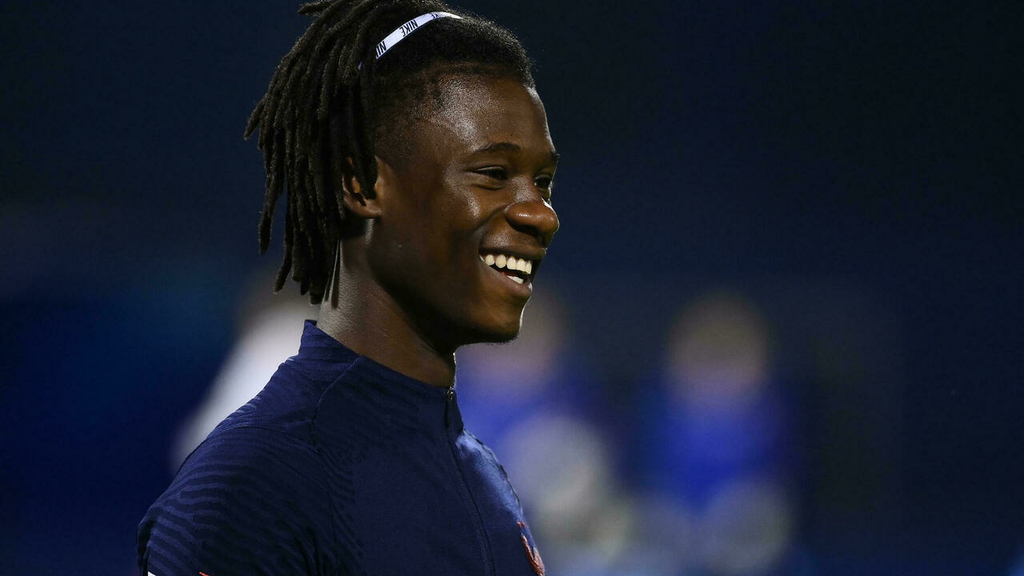 French teen sensation Eduardo Camavinga was unveiled as a Real Madrid player on Wednesday just over a week after joining the La Liga giants from the French Ligue 1 club Rennes.

The 18-year-old, was paraded before the media during a presentation ceremony featuring video highlights of the skills that prompted Madrid to pay more than 30 million euros for the midfielder.

"The club would like to welcome a young French player who I firmly believe will display his talent, his strength and his desire to improve,” said Madrid president Florentino Pérez.

“I know that today Real Madrid fans are going to warmly welcome the arrival of this footballer who, together with his family, has worked hard and done everything possible to realise one of the biggest dreams of his life.”

Camavinga, who was born in Angola to Congolese parents before becoming a French citizen, broke a plethora of records after rising through the ranks at Rennes’ academy.

In the fixture against Angers on 6 April 2019, Camavinga became at 16 years, four months and 27 days, the youngest Rennes player to feature in Ligue 1 and the first player born in 2002 to turn out in one of Europe's five major leagues.

Just over eight months later - at 17 years, one month and five days - he became the youngest player to score a goal for Rennes when he hit the team’s late winner at Lyon.

"At just 18 years of age, you will wear the Real Madrid jersey for the first time, one of the most admired and respected clubs in the world,” added Perez.

However, their 200 million euro bid was rejected by the French side who have drafted in Lionel Messi from Barcelona on a free transfer along with the former Madrid skipper Sergio Ramos.

Camavinga will vie with seasoned internationals such as Luka Modric, Toni Kroos, Marco Asensio and Casemiro for a midfield role in Carlo Ancelotti’s side.

"I'm very proud to defend this badge,” said Camavinga. “I would like to thank the president and all my family for their confidence in me.

"If someone had told me a few years ago that I would be here, I wouldn't have believed it.

"I want to play as many minutes as I can get," he added. "I'm very happy and perhaps it's one of the best days of my life, just like when I was called up for France."

After the break for 2022 World Cup qualifiers, Madrid, who sit atop of La Liga after three games, return to action on Sunday evening when they entertain Celta Vigo at the Santiago Bernabeu.

“You will not be alone in your career here,” Perez told Camavinga. “You will have our fans behind you in every match. Their strength and support will be with you on this journey.”