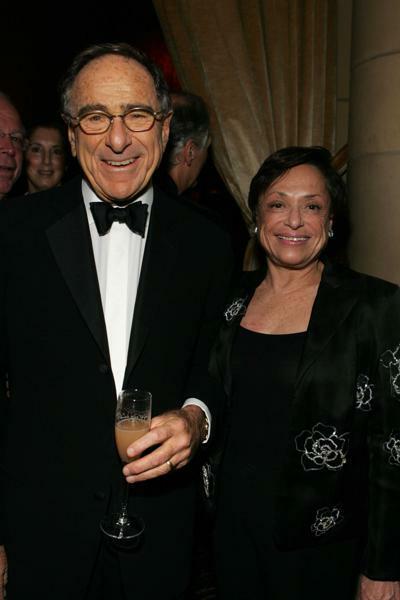 New York real estate tycoon Harry Macklowe and his ex-wife, Linda, are selling off 65 pieces from their legendary art collection following their bitter divorce that the auction house Sotheby’s estimates could fetch over $600 million, which would make it the most expensive art collection ever sold.

Sotheby’s said Thursday morning that it will sell the Macklowe collection in two separate auctions in November and May.

Two of the jewels of the collection are “La Nez,” a grotesque hanging statue of a human-like figure with no limbs and a long, pointed nose by sculptor Alberto Giacometti, and Mark Rothko’s “No. 7,” from 1951, when the abstract artist perfected his signature square and rectangle paintings — a Sotheby’s representative said the two works could sell for up to $70 million combined.

Also up for grabs is one of Andy Warhol’s pop prints, “Nine Marilyns,” which features repeating images of actress Marilyn Monroe on a metallic background, estimated to sell for $60 million.

A rare sculpture by Pablo Picasso called “Figure (Projet pour un monument à Guillaume Apollinaire)” that the artist created as an homage to the death of his close friend Guillaume Apollinaire, a French poet, and kept in his personal collection until his death could fetch $20 million.

Cy Twombly’s “Untitled” painting from 2007, a monumental canvas with splatterings of red floral shapes, was inspired by Japanese poetry and could sell for another $60 million, the auction house said, adding it will likely appeal to Asia’s booming art market.

The initial 34-piece collection to hit the block will preview in Sotheby’s spaces, in New York, Taipei, Hong Kong, London, Los Angeles and Paris before returning to New York, where the sale will take place.

$665 million to $830 million. That’s how much the Macklowe art collection was worth before the couple’s divorce, according to a court estimate. The record haul for a single art collection: French fashion designer Yves Saint Laurent and his longtime partner Pierre Berge’s art hoard sold for a collective $500 million in Paris in 2009.

Over 50 years, Linda and Harry Macklowe collected pieces by some of art’s most well-known and expensive contemporary and modern artists. The Macklowes divorced in 2016, and in 2018 a judge ordered that the two split their fortune. Macklowe is often reported to be a billionaire, but in 2019 Forbes estimated the couple had a net worth of between $900 million and $1.1 billion before the divorce. In 2018, a judge ordered that the couple split their fortune in half, leaving each with between $450 million and $550 million, Forbes estimated.