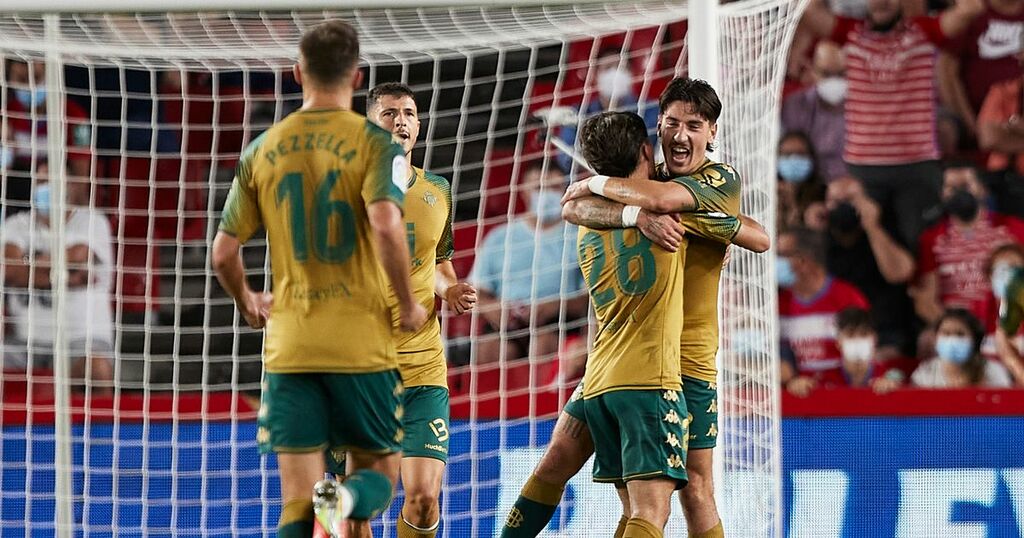 Real Betis warmed up for their Europa League clash against Celtic later this week by notching a first win against struggling Granada.

But Manuel Pellegrini's side will have to deal with the blow of losing former Barcelona defender Marc Bartra to injury after just 13 minutes in the 2-1 victory.

Bartra was forced off and replaced with German Pezzella early on in La Liga and now appears to be a massive doubt to take on Ange Postecoglou and company.

It won't take the shine off Betis' first win of the league season after dominating throughout and landing the first blow in the final minute of added time in the first half.

The goal stemmed entirely from a botched Granada throw-in deep inside Betis territory.

Alex Moreno was first to the ball and kick-started a blistering counter-attack. Guido Rodriguez sprayed the ball out to the right where Rodri Sanchez was waiting and he cut inside to curl an unstoppable shot into the top-left corner.

The lead was entirely deserved with Betis spurning some big chances earlier in the half, captain Nabil Fekir fluffing the best of them one-on-one with Granada keeper Luis Maximiano.

It was more of the same in the second half when Cristian Tello's saved strike was almost bundled into the Granada net on the rebound by defender Santiago Arias.

But for all of their chances, Betis stumbled in the 66th minute when Luis Suarez lashed home at the near post to level things up.

From that moment on it was the home side at Nuevo de Los Carmenes that looked more likely with the effective Monchu tearing a ropey Betis defence to shreds with his creativity.

But Sergio Canales popped up with an incredible solo goal just one minute from time, bursting through the Granada defence and slotting into the bottom-right corner to send his manager and team-mates wild with the Celtic clash to come less than 72 hours later.