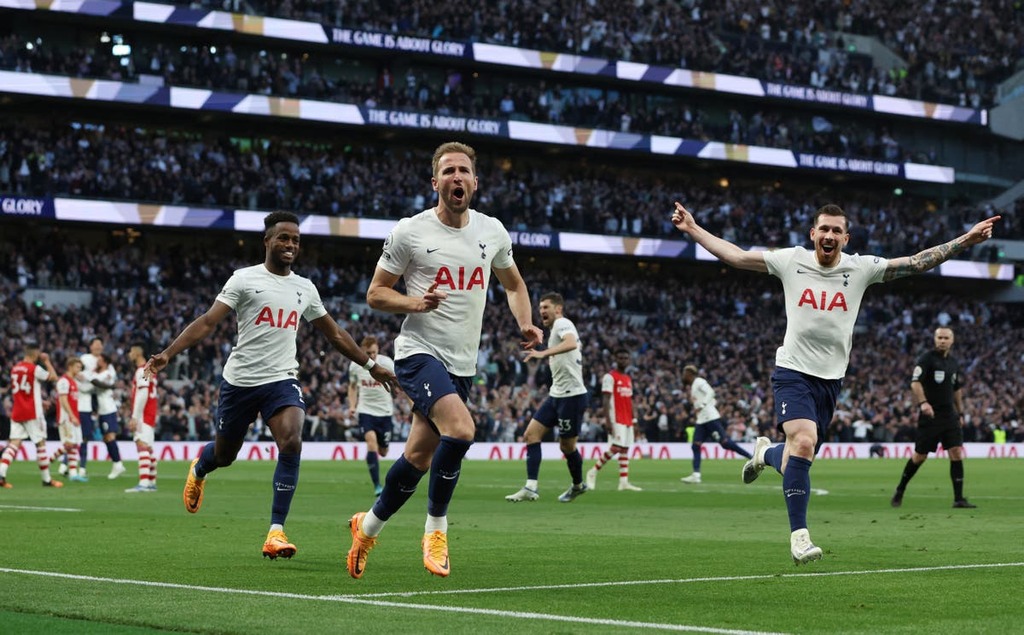 Son Heung-min is chasing down the Golden Boot following his 21st Premier League strike of the season, and former Chelsea…

RideApart
From analysis to good news, read the world’s best news in one place
Hamlin "emotional" after Busch claimed win for his 23XI NASCAR team

The Gunners were on the wrong end of a 3-0 scoreline in the North London Derby on Thursday night, failing to secure UEFA Champions League football on the night and allowing Spurs to edge closer to fourth place. A first-half brace from Harry Kane was followed up by a second-half strike from Son Heung-min to seal the win for the home side.

Arsenal were reduced to 10-men when Rob Holding was sent off after just 30 minutes, making the task more difficult for Mikel Arteta's side. The Spurs duo have been a major reason for the club's up-turn this season following the sacking of Nuno Espirito Santo and arrival of Antonio Conte at the end of last year.

In comparison, Arsenal lost Pierre-Emerick Aubameyang in January and his in-house replacements Alexandre Lacazette and Eddie Nketiah have struggled to replicate the form of their bitter north London rivals for much of the second-half of the season. However, Nketiah in recent weeks has impressed with four goals in his last five games

But the out-of-contract striker failed to find the back of the net against Spurs and Parlour said that he isn't of the level of either of the Spurs duo - who could both start for Liverpool and Manchester City.

"I wouldn’t say [Tottenham are] head and shoulders (above Arsenal)," Gunners legend Parlour said on talkSPORT. "But with Kane and Son in the side… I’m not being rude but Nketiah, he’s done so well in recent weeks, but he’s not a Son or a Kane is he? How many teams do Son and Kane get in? They get in Man City’s, probably, both of them. And Liverpool."

Kane has 15 goals in 35 league appearances, while Son has 21 in two games less. By comparison, Nketiah has four in 19 and his team-mate Lacazette has the same amount of goals in 28 games this season. Both Arsenal players are out of contract at the end of this season.

The Gunners are next in action on Monday night when they take on Newcastle United at St James' Park, while Spurs play 24 hours before against relegation threatened Burnley at the Tottenham Hotspur Stadium.

Son Heung-min is chasing down the Golden Boot following his 21st Premier League strike of the season, and former Chelsea…