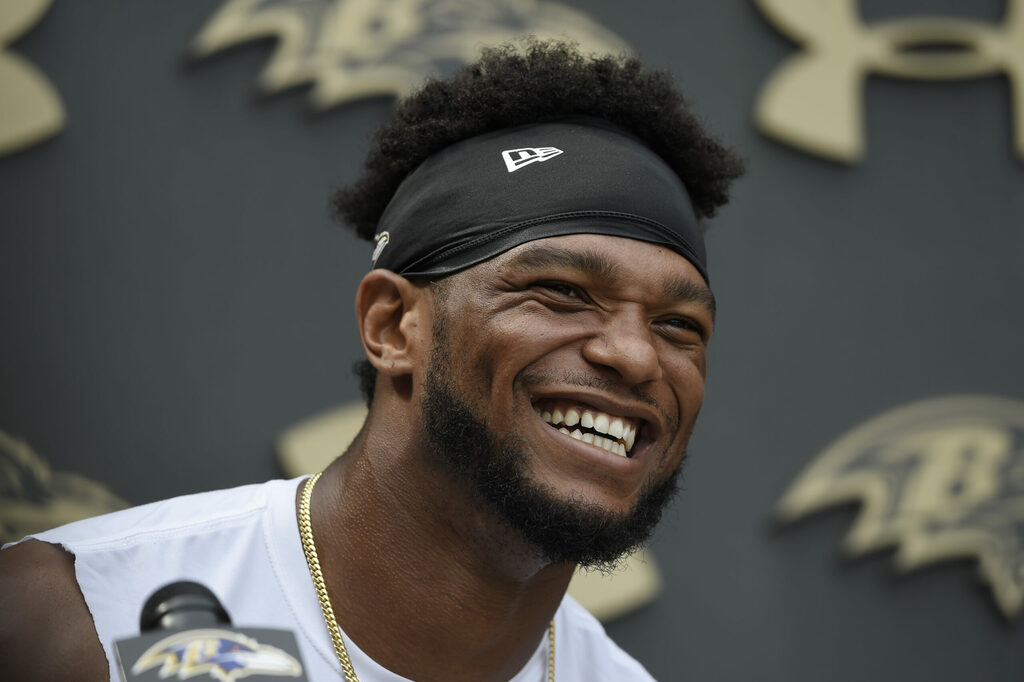 The Baltimore Ravens have been dealing with a plethora of injuries ever since training camp opened in late-July. While some players had begun returning to practice, one defensive contributor that some became worried about was cornerback Jimmy Smith. The veteran suffered an ankle injury early in camp, and head coach John Harbaugh said the ailment was more serious than expected, but still held out hope that Smith could return to practice soon.

Smith did just that on Wednesday, as he was back on the field for the first time in over a month, which is a great sign for the cornerback’s early season availability.

TE Nick Boyle and DE Derek Wolfe (back) were the only Ravens not practicing Wednesday. pic.twitter.com/LXidBrZBg4

It’s great that Smith was able to get back on the field before the regular season begins. However, his return doesn’t mean that he’s guaranteed to play in Week 1 against the Las Vegas Raiders. While it would be ideal for the veteran to suit up on Monday night, Baltimore might want to play it safe with the cornerback and hold him out to give him more time to ramp up. That would ensure that he’d most likely be available for the Ravens’ Week 2 matchup with the Kansas City Chiefs.

In other injury notes, tight end Nick Boyle and defensive lineman Derek Wolfe both didn’t practice on Wednesday. Boyle will most likely not play against the Raiders as he’s still getting back from his serious leg injury that he suffered in 2020, and Wolfe is trending in the wrong direction after a lingering back issue has kept him out of practice for multiple days.