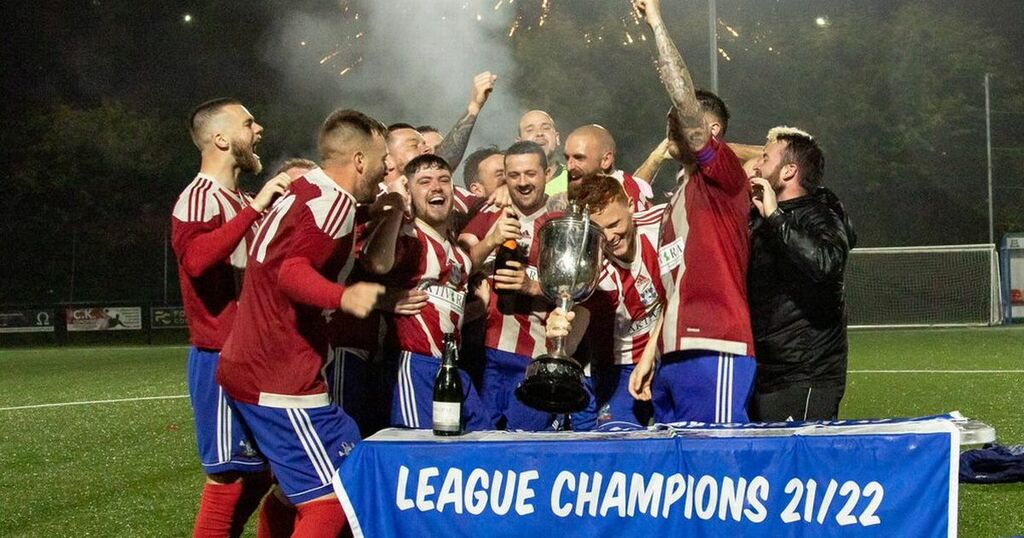 “It was tough to reach the Premiership, but the real challenge is to stay there."

Ally Wilson says he’s not sure what the future holds for Rathfriland after his club sealed the double on Saturday, adding the Premier Division title to the Intermediate Cup they won 12 days earlier.

The Whites have made little secret of their desire to push on in Intermediate football, and clinching the Amateur League’s top flight title in style at the weekend, dethroning Crumlin Star on their own patch to do it, would normally earn them the right to a play-off for entry into the NI Football League’s basement tier, the Premier Intermediate.

However, Rathfriland didn’t apply to take part in any potential play-off this season – applications had to be in by December – with respective Mid Ulster and Ballymena Premier league champions Ballymacash Rangers and St James’ Swifts now set to lock horns for that honour.

It’s an option that remains open to the club beyond next season, but for now, Wilson confirmed Rathfriland will be sticking around to defend their title after they finally completed what had long seemed their destiny, wrapping up the league with two games to go following a champagne performance at the Cricky on Saturday.

“I feel a bit relieved too, because looking back maybe two weeks ago, it was in our hands and I nearly felt that if we didn’t win it, we would have been giving it away.

“Certainly, the last week or so, we probably haven’t been at our best, but we got over the line.

“We are probably inexperienced as a group, but the fact that we went through all this together and got over the line will stand us in good stead you’d hope over the next few years.”

Club legend Wilson returned to Iveagh Park over the summer to take the reins having previously guided Banbridge Rangers to the top flight title in the Mid Ulster Intermediate League.

But while he arrived with managerial calibre of his own, there was no guarantee of instant success at Rathfriland, faced as he was with a rebuilding job in the wake of Aaron Black’s departure.

But he set about that task impressively anyway, adding no fewer than a dozen new faces to the nucleus he inherited.

And with a first Premier Division title in the bag, not to mention a maiden Intermediate Cup, the new-look Whites wasted little time in making history.

“We are young and I think we have legs,” said Wilson. “And I think the age of the squad stood us in good stead with the run-in we had.

“I knew in the summer when I took the job we could put a good team together. Did I think we could do it straight away? No, probably not, but from Christmas on, we got momentum going and just sort of clicked.”

Of course no team can climb to the summit of the Amateur League without quality in the ranks too, and as a former prolific forward himself, Wilson knows he has some serious firepower in attacking trio Lee Newell, Adam Neale and Ruairi Fitzpatrick.

“We have match winners,” added the Whites boss, “and even when we’ve been average in games, whenever you have players who can pull you out of holes like we have, you are always in with a chance.”

If there was a turning point in the season, or a moment which fuelled his own belief they stood on the brink of something special, it was around the turn of the year when his players kept digging out wins while struggling for form.

“We won a couple of big games in January when we weren’t playing well, and I thought back then, I just thought, ‘If we do start playing well, we’re in with a chance here.”

“It was tough to reach the Premiership, but the real challenge is to stay there."