Ratchaburi rally to steal a point, Buriram stay on top 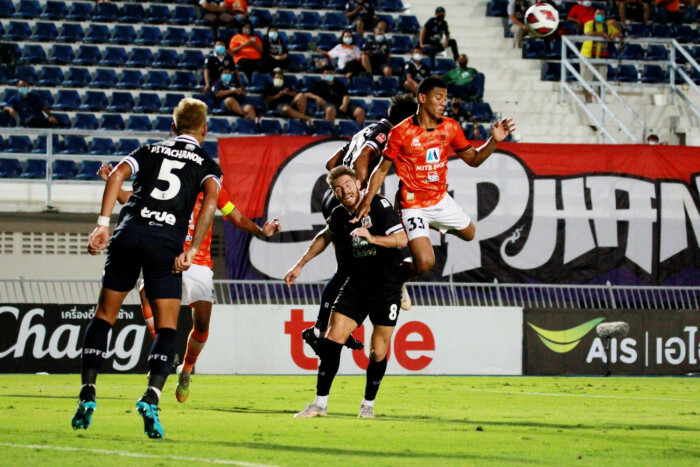 Ratchaburi salvaged a point by holding hosts Suphanburi to a 1-1 Thai League 1 draw on Thursday, a day after Buriram United retained the top spot with a "satisfying" 2-1 victory over Samut Prakan City.

Suphanburi looked well on course to pull off another upset last night after Seehanart Suthisak put them ahead on 17 minutes.

However, Kritsananon Srisuwan had other plans as he struck early in the second half to give Ratchaburi the equaliser.

"There is something very satisfying about the result because it was an out-and-out team effort," said Gama.

Samut Prakan coach Masatada Ishii said losing Chaiyawat Buran to injury for the second half proved to be the turning point.

Buriram were awarded a penalty in the 32nd minute when Samut Prakan skipper Chayawat Srinawong handled the ball inside the box. Samuel Rosa was on target from the spot to give the Thunder Castle a 1-0 lead.

The visitors levelled the score in the 42nd minute through Eliandro Gonzaga but Suphanat Mueanta volleyed home 10 minutes from time to give Buriram the winner.