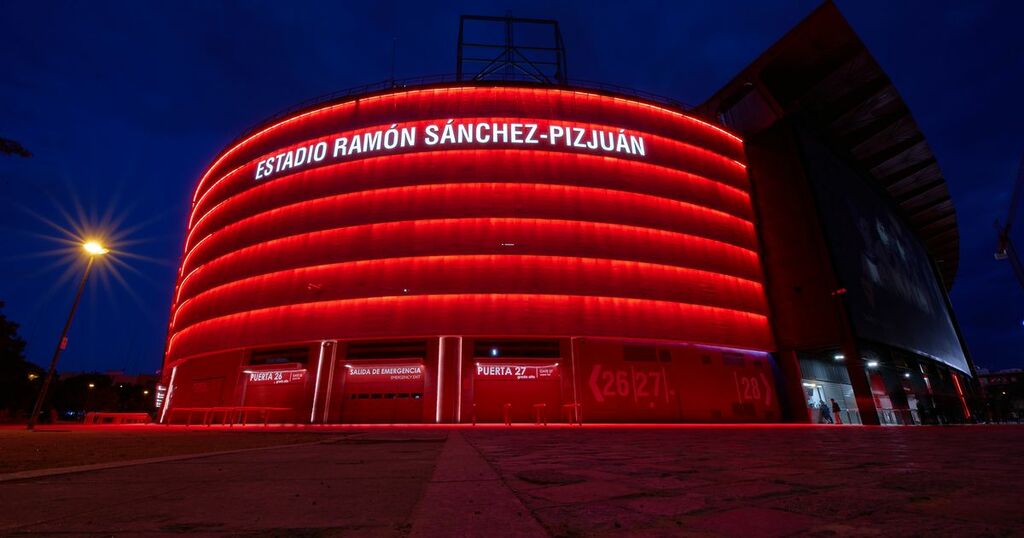 The kits, which are priced at £25, are being sold at a pub in Ayrshire.

Rangers fans descended on Glasgow Airport this afternoon as the exodus begins ahead of the Ibrox side's date with destiny.

As many as 100,000 supporters are expected to make the journey to Seville to see Giovanni van Bronckhorst's men face Eintracht Frankfurt in Wednesday night's Europa League final.

And dozens of jubilant Gers fans jetted off on flights to Spain as they began their journeys to Andalusia with less than a week to go until the big match.

Men, women and children clad in red, white and blue strips, hats, scarves and jackets queued up to check in their cases ahead of flights to Malaga.

Some fans were on the 5.25pm EZY6863 EasyJet flight to Malaga, while others are boarding the 6.20pm FR2609 Ryanair flight to the southern city.

The group are making their way from Stirling and Falkirk and are among the lucky few to have tickets for the clash at the Stadion Ramón Sánchez Pizjuán.

Kyle said: "This is a once in a lifetime opportunity to get to a European final, we just had to come over.

"We are going for a week and are staying with a relative in Marbella.

"We're supposed to have 4 tickets for the match, it's our relative that's sorting them out for us.

"We're just praying the tickets aren't duds and we're definitely going to get in.

"We've heard rumours a lot of the bars will be closing early, so hopefully they stay open."

James added: "We hope the fan zones are good and have screens as well, we don't want another Manchester with the screens going on the blink.

Kevin backed versatile defender Calvin Bassey, who has only netted once in his career, in a 4-0 League Win over Falkirk in 2020, to bag the first goal against the Germans.

William Annan, 34, of Paisley, Renfrewshire, is heading over as a large group of friends and family, in a group including seven kids.

His son Carter Annan, 6, is joining him on the jaunt, as are youngsters Daniel Bonner, 6, Miryn Bonner, 9, and Lacey Hamill, 11.
William said: "Come on the Glasgow Rangers!

"We're going over a week and staying in Benalmádena.

"We were booked to go on holiday anyway and it's just good luck we reached the final.

"We're going to head through to Seville on the last day, we've got a bus booked to take us there and back.

"We're only £50 for the return, so you can't grumble at that. It will be amazing to be there for the game.

David, also of Paisley, added: "We'll try everything to get tickets but if Ally McCoist can't get a ticket I don't think there's much chance for the rest of us."

The kits, which are priced at £25, are being sold at a pub in Ayrshire.