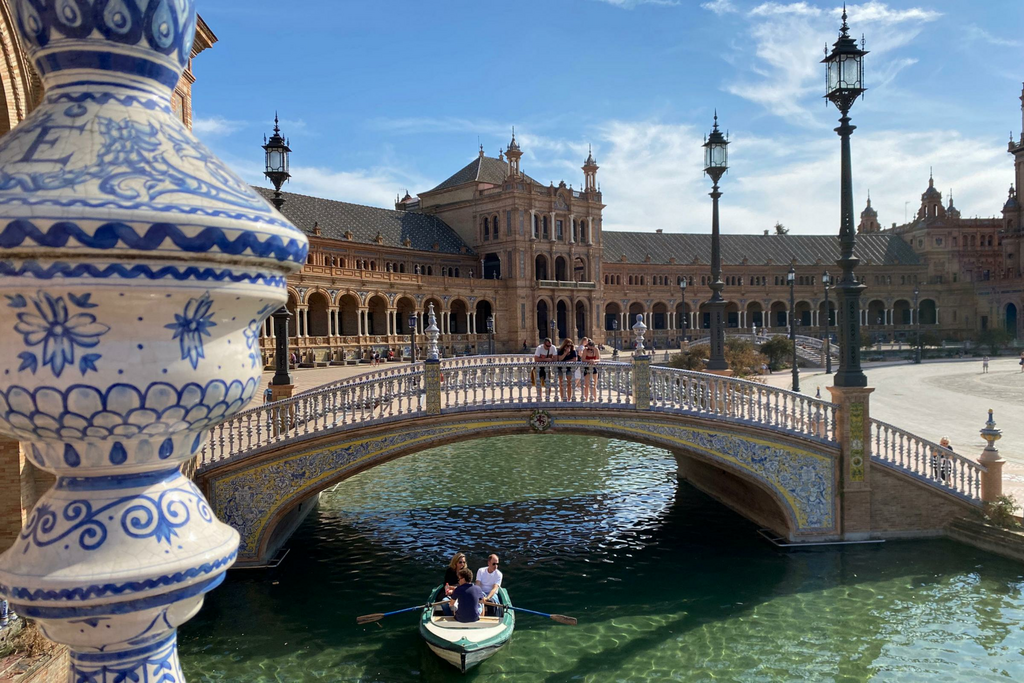 RANGERS have confirmed that Ibrox will not host a beamback of next week's Europa League final against Frankfurt.

Overwhelming demand for the Europa League Final viewing at the alternate Seville site led to technical issues on Friday night.

Ticketless Rangers fans WILL be able to watch the Europa League Final against Eintracht Frankfurt at a fan zone in Seville.

And, as Record Sport exclusively revealed earlier this week, it will be in the Estadio La Cartuja where Celtic lost the 2003 UEFA Cup final.

After talks with city chiefs in the Andalusian capital, Rangers confirmed the news with tens of thousands set to descend on southern Spain next week.

It’s the club’s biggest game in 14 years as they look to win their first European trophy in half a century and those even without gold dust briefs want to be there.

And thankfully they can now travel to an area of the city which is set to cater the travelling supporters who can’t get in to the Ramon Sánchez Pizjuan Stadium to see the action.

Rangers confirmed in a statement: "Rangers are aware supporters are travelling to Seville in large numbers.

"We have worked to ensure supporters with, and without tickets have the opportunity to experience this momentous occasion.

"We know our fans will have a great time, enjoy the beautiful city of Seville, and act as worthy ambassadors of Rangers Football Club as we celebrate our 150th anniversary year.

"After dialogue with UEFA, Spanish Police and the local authorities, we can confirm the organisation of a fan viewing area in the Estadio La Cartuja, for those supporters without tickets.

"There will also be a fan meeting point in Alameda de Hércules for those supporters with a ticket for the final. There will be no public viewing of the game in the fan zone area."

However, there will no beamback at Ibrox for the game due to a shortage of staff.

The statement said: "Unfortunately, Rangers will not be able to provide a matchday screening at Ibrox stadium.

"Whilst we understand the wish for supporters to be able to gather at our home for this momentous occasion, the club does not have sufficient staffing resources to be able to host such a large event due to the number of qualified staff and personnel required to travel to Spain to assist in the safe delivery of the final. We could not safely operate an event of this size without the presence of our safety team, all of whom are required in Spain.

"Given the significant UEFA regulatory demands, we are required to deploy our full safety team in Seville, given the anticipated travelling support. This was not an easy decision but it is vital we ensure the safety of the team, management and travelling support in Spain.

"We acknowledge and understand the disappointment and frustration of non-travelling supporters, but there was no safe way of delivering a matchday screening."

RangersCelticIbrox (Facility)SevilleSpainUEFA Champions League
Sign up to read this article

RANGERS have confirmed that Ibrox will not host a beamback of next week's Europa League final against Frankfurt.

Overwhelming demand for the Europa League Final viewing at the alternate Seville site led to technical issues on Friday night.