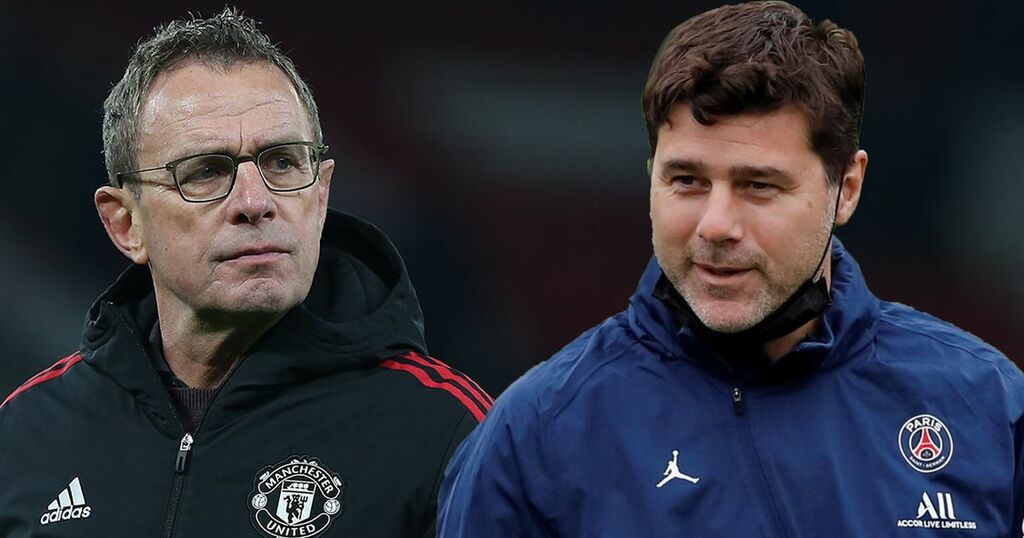 Ralf Rangnick is reportedly unsure whether Mauricio Pochettino is the right boss to replace him at Manchester United - despite the Paris Saint-Germain manager being in secret talks with the club.

Pochettino was high on the list to replace Ole Gunnar Solskjaer before Rangnick was handed the job on a temporary basis, tasked with steadying the ship before helping United make a permanent hire at the end of the season.

Pochettino is expected to waltz into the role come June as he is held in very high regard by a number of influential people at Old Trafford, not to mention Sir Alex Ferguson.

But it seems Rangnick, who will have a say on who United replace him with when he moves upstairs to work a consultancy role following his half-year spell in the dugout, isn't convinced he's the right man to take United forward.

HAVE YOUR SAY! Can Manchester United finish in the top four this season? Comment below.

Title-winners Ajax are playing superb football under the Dutchman, and are part of a very exclusive group in Europe who have won all six of their Champions League games this season.

Pochettino, on the other hand, has struggled to command the PSG dressing room since taking the reins in France and has come under fire for failing to get the best out of Lionel Messi and co.

Ajax star and former Southampton playmaker Dusan Tadic recently said of Ten Hag in The Telegraph: "He is amazing. He is one of the best coaches in the world, without a doubt. He is totally obsessed with football, I am sure it is all he thinks about.

"You need a manager like that if you want to be one of the best clubs. That is what he has made Ajax. The thing about him that is so impressive is he always seems to have the solution to a problem when you face an opponent.

"He identifies their strengths and how to stop them, whatever the opposition does, he has a response. He will find a weakness and then he is able to tell the players what we must do to hurt them.

"It's so nice. He gives us such an advantage, we always feel like we are one step ahead of the other team. I think, tactically, he is the master. But he is also very good in the way he talks to the players. When you have that combination, it is why he is so good."