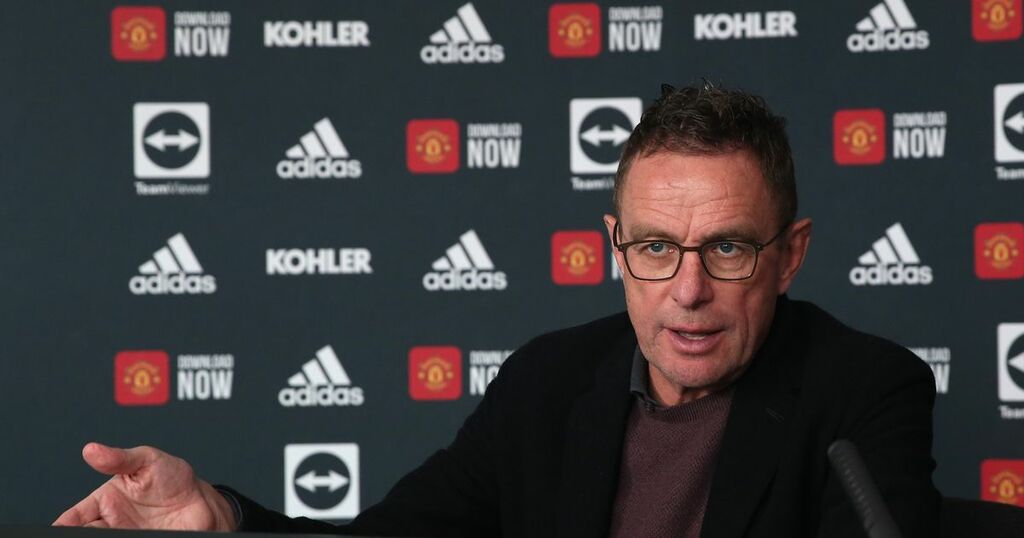 Luke Shaw is suspended for the match after receiving his fifth yellow card in United's defeat to Wolves last week.

Telles has enjoyed more minutes on the pitch since Rangnick's interim appointment, starting in the German's first four Premier League matches in charge, and he'll return to the starting line-up for United's visit to Villa at the weekend.

“As you said, it’s all about competition," Rangnick United's in-house media

"In the last few weeks, I think he [Telles] realised there was a realistic chance for him to play. He will play tomorrow instead of Luke Shaw, [with him] being suspended. Even when Luke was injured or when he was fit, he still did well.

“I’m more than happy to have two players like Luke and Alex for that position as a left-back."

Rangnick also reflected on his options on the right side of the defence with Aaron Wan-Bissaka and Diogo Dalot.

"The same is true for the right-back position with Diogo Dalot and Aaron Wan-Bissaka," Rangnick added. "We have, in each of those positions, two good players and depending on who is fully fit, fully fresh, do we need to rest somebody?

“As with Luke, it’s the case right now he is suspended, so it’s important to have two players with a little bit of a different profile.

“I think Alex is a little more of an offensive wing-back/full-back. The same is true of Diogo Dalot on the right-hand side."