Rail strikes: Is a nationwide walkout on the cards and how will trains be affected?

Train travellers and passengers on the Tube are subject to regular strikes. But now the National Union of Rail, Maritime and Transport Workers (RMT) has called a ballot of 40,000 members that it says could lead to the biggest shutdown of the rail network for decades.

What is the state of the railways?

Passenger numbers are less than 75 per cent of pre-pandemic levels, says the Department for Transport (DfT).

The season ticket and Anytime fare revenue that underpinned the whole system has slumped. The taxpayer has been paying £1m per hour to keep trains running.

A DfT spokesperson says: “To avoid a similar decline seen in the 1950s-60s where car usage saw many leave the railways, we are overhauling the sector and moving it off taxpayer life support.”

What are the strikes right now about?

The main rail industrial action involves conductors on TransPennine Express (TPE). Each Sunday until 5 June, as well as the Saturdays immediately preceding the late May and early June bank holidays, most trains are cancelled.

The dispute centres on rest day and Sunday working and payment for using new technology.

Of train conductors who voted in the strike ballot, 85 per cent were in favour of industrial action.

TPE says: “We’re advising customers not to travel, but to plan carefully if journeys are necessary.

“We have spoken with our industry partners and they have kindly agreed to carry customers who have tickets marked TPE only, as well as flexible tickets (Off-Peak, Anytime, etc.) on days of strike action.”

On the London Underground, there are strikes every Friday and Saturday on the Central and Victoria lines up to and including 19 June 2022. Transport for London predicts a “good” service on the Victoria line and a “regular” service (“at least two trains per hour” on the Central line.

In addition, RMT members took action that closed down almost all of the Underground network last month.

What is coming down the track?

The RMT union has a number of campaigns on the go “to defend rail jobs, pay and conditions”.

Mick Lynch, general secretary of the RMT union, says: “We want a deal that secures our people’s future.

“We’re not against change but we want to have change through negotiation.”

He accuses the government of using Covid as a smokescreen to push through changes.

“Ticket offices are to be cut entirely.” says Mr Lynch. “They want to close every ticket office on the network.”

A DfT spokesperson refuted this claim, saying: “The Williams-Shapps Plan for Rail outlines the modernisation needed to improve the customer experience, which could include changing what some staff at stations do, or how they do it, to ensure passengers get the services they deserve.

“Staff will always provide face-to-face services on the railways, which can be crucial for those who need additional support and cannot, or do not want to, use contactless or mobile tickets.”

The union has now launched a ballot of staff working for the infrastructure provider, Network Rail, and train operating companies (TOCs) with whom it is in dispute.

This covers the vast majority of rail services in England, with some operators also serving Wales and Scotland.

The ballot opened on 26 April and closes tomorrow, 24 May.

What is the Network Rail dispute about?

The RMT says Network Rail is cutting maintenance jobs “as part of a £2bn reduction in spending on the network”.

The union’s general secretary, Mick Lynch, said: “Removing 2,500 safety critical jobs from Network Rail will spell disaster for the public, make accidents more likely and will increase the possibility of trains flying off the tracks.”

Tim Shoveller, Network Rail’s regional director, said: “Our railway has been hit hard by the Covid-19 pandemic, and even as passenger numbers start to recover, we know travel habits and passenger demand have changed and the industry has to change too.

”We cannot keep relying on government handouts, and so we must work together with train operators and our trades unions to save millions of pounds and deliver a more efficient railway.

“Our modernisation programme aims to build a sustainable future that delivers for passengers and creates better and safer jobs for our people. We would not consider any changes that would make the railway less safe.

“We are disappointed that the RMT has taken this decision and urge them again to work with us, not against us, as we build an affordable railway fit for the future.”

What about the train operators?

The union says: “Staff on the TOCs have been subject to pay freezes, threats to jobs and attacks on their terms and conditions.

“Train operating companies have praised our members for being key workers during the pandemic but have refused to keep staff pay in line with inflation and soaring living costs.

“As a result, thousands of railway workers have seen their living standards plummet and have run out of patience.

“The way for trade unions to effectively take on the cost-of-living crisis is to stand up for their members at work and take industrial action when employers are not moved by the force of reasoned argument.”

In response, a Rail Delivery Group spokesperson said: “The pandemic was an unprecedented shock for the railway, with the lowest passenger numbers in over 150 years and record levels of public funding to keep it running.

“Our whole focus now should be securing a thriving future for rail that adapts to new travel patterns and takes no more than its fair share from taxpayers, instead of staging premature industrial action which would disrupt passengers’ lives and put the industry’s recovery at risk.

“For the sake of our people and everyone who relies on our railway every day, we want the RMT to work with us to bring how we run our services up to date so that it is more reliable, more affordable and inspires more passengers back on board.”

Ultimately, though, this boils down to a dispute between the union and the government – which, through the DfT, specifies every aspect of rail travel.

What could a “Yes” vote mean?

The RMT says: “If members vote ‘yes’ in the ballot and breach the anti-trade union legal threshold for turnout, then a national railway strike could begin as early as June.

“A national rail strike will bring the country to a standstill, but our members livelihoods and passenger safety are our priorities.”

Were a nationwide strike to be called, it could bring scenes reminiscent of the many stoppages in the 1980s, warns the union.

But the eminent rail writer, Christian Wolmar – whose latest book, British Rail: A New History, appears in June – said the union lacks “the muscle and the intent to have a long all-out strike”.

He predicts: “It will be sporadic and regional, with one-day strikes here and there. It will be designed for maximum disruption, but it won’t be all out.

“I don’t think the union has quite the strength than it had in the 1980s.”

How could the dispute be solved?

Christian Wolmar says: “You have to have some sympathy [with the union]. There are going to be cutbacks and redundancies.

“If you create a generous redundancy scheme, a lot of people will take it up and that will lance the boil. So there has to be generosity.

“If this is not handled right by the government it could drag on.”

What does the DfT say?

“We want a fair deal for staff, passengers and taxpayers so the railway doesn’t take money away from other essential public services like the NHS and this kind of irresponsible disruption only makes things worse, damaging our economy just as it is recovering,” said a spokesperson.

What about the other rail unions?

The white-collar Transport Salaried Staffs' Association (TSSA) is warning of trouble ahead. Manuel Cortes, the general secretary, said: “The least our railway workers deserve is a pay rise matching the cost-of-living increase and guarantees that their jobs are safe. As none of the companies are prepared to give those assurances, we find ourselves in dispute over these vital bread and butter issues.

“We stand ready to ballot our members for action and cannot rule out a nationwide rail strike. And make no mistake, if we ballot, we will be looking to coordinate our industrial action with sister unions and any other workers taking action against the Tories’ cost-of-living crisis.”

Drivers are represented by the Associated Society of Locomotive Engineers and Firemen (Aslef). The union has negotiated generally good pay settlements, While Aslef has been far quieter than the RMT recently, the general secretary, Mick Whelan, warned last month: “After two years when many drivers received no pay increases, we will be seeking proper pay increases.

“There seems to be a hardening of attitude by certain employers; let me make it quite clear that we will not be shy in protecting our agreements.” 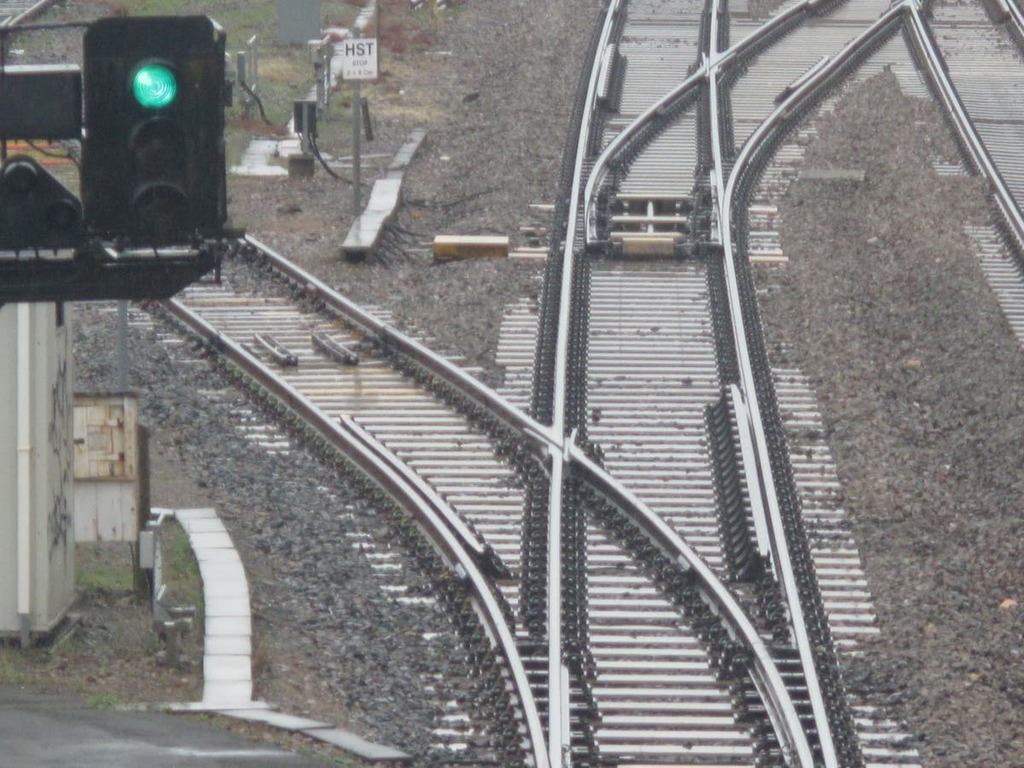 Rail strike: When will it start and which train lines will be affected?
In the event of a strike by Network Rail signallers, only about 20% of lines would be open for trains…

It would affect cross border services between Wales and England

Wales Online
Rail strike 2022, when train staff could strike and which lines would be affected

Northern, LNER, Crosscountry and Transpennine train staff are among those set to walk out in a dispute over pay, jobs…