Rail strike: When will it start and which train lines will be affected?

Members of the RMT rail union have voted 8:1 in favour of strike action over jobs, pay and conditions. The union says officials are discussing “a timetable for strike action from mid-June”. So what might happen? What could the effect be? And are other disputes on the horizon?

What is this dispute about?

Britain’s biggest rail union, the RMT, is threatening industrial action at both Network Rail and 15 train operators over pay, redundancies and “a guarantee there will be no detrimental changes to working practices”.

When could strikes begin?

Trades unions must give a minimum of 14 days’ notice of industrial action. The earliest possible date strike could begin is 8 June, which would require notice to be given on Wednesday 25 May,

The RMT says its National Executive Committee (NEC) “will now meet to discuss a timetable for strike action from mid-June”.

How big was the majority in favour of striking?

Of the 71 per cent of members who voted, 89 per cent backed strike action. This represents 63 per cent of the workforce balloted, numbering more than 25,000 workers.

The union calls it “the biggest endorsement for industrial action by railway workers since privatisation”.

It appears that support for strike action was fairly uniform across workers for Network Rail and train operators.

Just remind me about Network Rail and the train operators …

Network Rail is the infrastructure provider. The most critical roles in the day-to-day running of the railway are the signallers, who number around 5,000.

Train operators are assigned a patch of the network on which to to run trains. Those whose RMT members have voted in favour of strike action are:

At one train operator, GTR, backing was too low to pass the threshold for a strike. GTR runs Southern, Thameslink, Gatwick Express and Great Northern services in southeast England.

Would the RMT call a strike at train operators and Network Rail simultaneously?

It seems likely. The RMT has talked up the prospect of the biggest national strike since privatisation in the mid-1990s

Could it be an indefinite strike?

Unlikely. The trend over the past few years in rail disputes is for a series of 24-hour strikes to be called. That limits the financial hit sustained by striking workers, but still causes widespread disruption.

There are a few exceptions, such as the South Western Railway strike in December 2019, in which RMT members took industrial action for almost the entire month in a dispute over the role of guards. The train operator ran about half its normal services.

What will the effect be of a 24-hour strike?

Assuming all Network Rail signallers walk out, management and other staff should be able to cover about 20 per cent of the network for about 12 hours per day. It is likely that only main lines would be served, primarily those radiating from London:

But there would be strict limits on the amount of traffic replacement signallers could handle. On many lines, no trains would run at all.

Even on those lines that have signalling, strikes by workers for train operators could mean that fewer than one train in five runs.

The direct economic damage is estimated at £30m per day.

How will the passengers respond?

Rail travel habits have fundamentally changed since the start of the coronavirus pandemic, with many former commuters able to work from home. For them, the strikes would be irrelevant.

Key workers who have to be present at their place of employment – from health service staff and teachers to hospitality employees – would be badly affected.

Some leisure and business passengers may abandon plans to buy Advance tickets for summer dates because of the threat of a stoppage.

The government is encouraging a trend from rail to road by raising rail fares and cutting fuel duty. This trend is likely to accelerate if a strike is called.

What are my rights if my train is cancelled?

You are entitled to a full refund. Train operators will not meet claims for alternative transport.

What does each side say?

The RMT says: “We sincerely hope ministers will encourage the employers to return to the negotiating table and hammer out a reasonable settlement with the RMT.”

“We are at a key point in the railway’s recovery from the pandemic. The taxpayer has provided the industry with £16bn worth of additional life support over the last two years and that cannot continue.

“Travel habits have changed forever and the railway has to change as well to adapt to this new reality.”

Steve Montgomery, group chair of the Rail Delivery Group, representing train operators, said: “Every business wants to support its staff and the railway is no exception.

“But, as an industry, we have to change our ways of working and improve productivity to help pay our own way.

“Asking taxpayers to shoulder the burden after government has contributed over £16bn to the industry during Covid, or asking passengers to pay even higher fares when they too are feeling the pinch, simply isn’t fair.”

Anything else in the offing?

Transport for Wales and ScotRail were not involved in the RMT ballot – but ScotRail is currently cancelling 700 trains per day as a result of a dispute involving the train drivers’ union, Aslef.

The white-collar rail union, TSSA, is threatening what its general secretary called “a summer of discontent”. Members are being consulted ahead of a possible strike ballot if pay fails to keep pace with inflation – which hit 9 per cent last week.

Minister say they may mandate a minimum level of staffing. How would that work?

The transport secretary, Grant Shapps, told The Sunday Telegraph that ministers are looking at drawing up laws which would make industrial action illegal unless a certain number of staff are working to ensure minimum service levels.

Similar laws are in place in other countries – and are often invoked when air-traffic controllers stop work.

But Mick Lynch said: said: “Any attempt by Grant Shapps to make effective strike action illegal on the railways will be met with the fiercest resistance from RMT and the wider trade union movement.

“We have not fought tooth and nail for railway workers since our forebears set up the Amalgamated Society of Railway Servants in 1872, in order to meekly accept a future where our members are prevented from legally withdrawing their labour.” 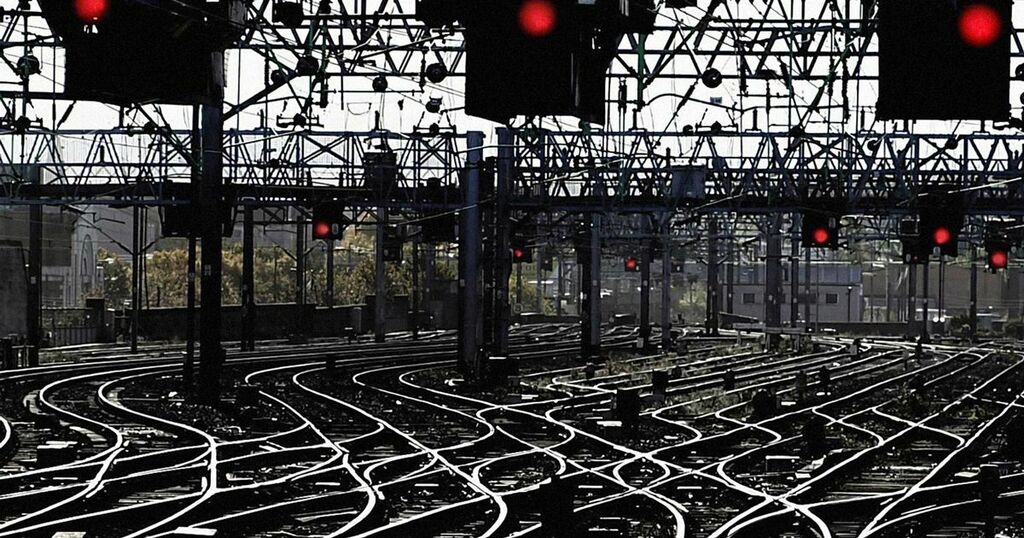 Rail strike 2022, when train staff could strike and which lines would be affected
Northern, LNER, Crosscountry and Transpennine train staff are among those set to walk out in a dispute over pay, jobs…

Manchester Evening News
Rail strikes: Is a nationwide walkout on the cards and how will trains be affected?