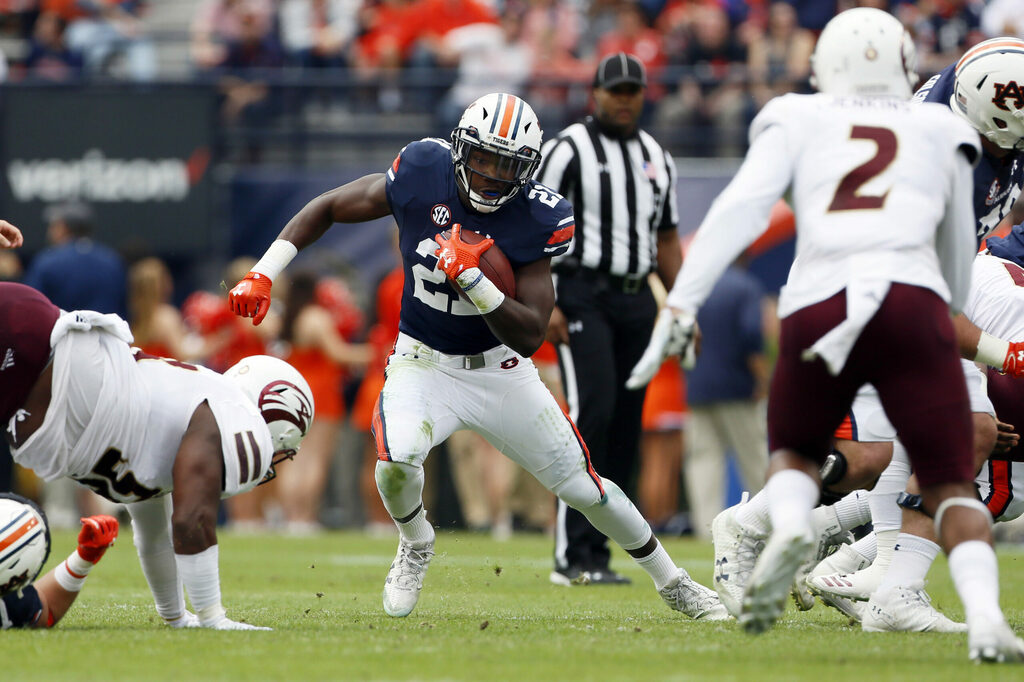 The Raiders believe they have one of the best running back duos in the NFL with Josh Jacobs and Kenyan Drake. Together, the former Alabama stars are two of the most dynamic backs in football and their skill sets complement each other well.

But who is the third back on this roster with Jalen Richard now out with a foot injury? The team did add Peyton Barber just a few days ago, but that appears to be more of a short-term fix rather than a long-term solution. So could the Raiders still be in the market for a No. 3 back?

On Tuesday, the Raiders met with a number of free agents, including running back Kerryon Johnson. A former second-round pick by the Lions, Johnson was released by the Eagles a few weeks ago. While the team has not announced any signings, it wouldn’t be a shock if the Raiders eventually added Johnson to the practice squad.

Johnson just turned 24 years old this summer and only has 344 total touches in his NFL career. Staying healthy has been a problem for him in the past, but he was active for all 16 games last season.

With three running backs already on the roster, don’t expect the Raiders to add Johnson anytime soon. But should an injury happen to any of their top three backs, look for Johnson to be on the short-list of names that the team considers in free agency.