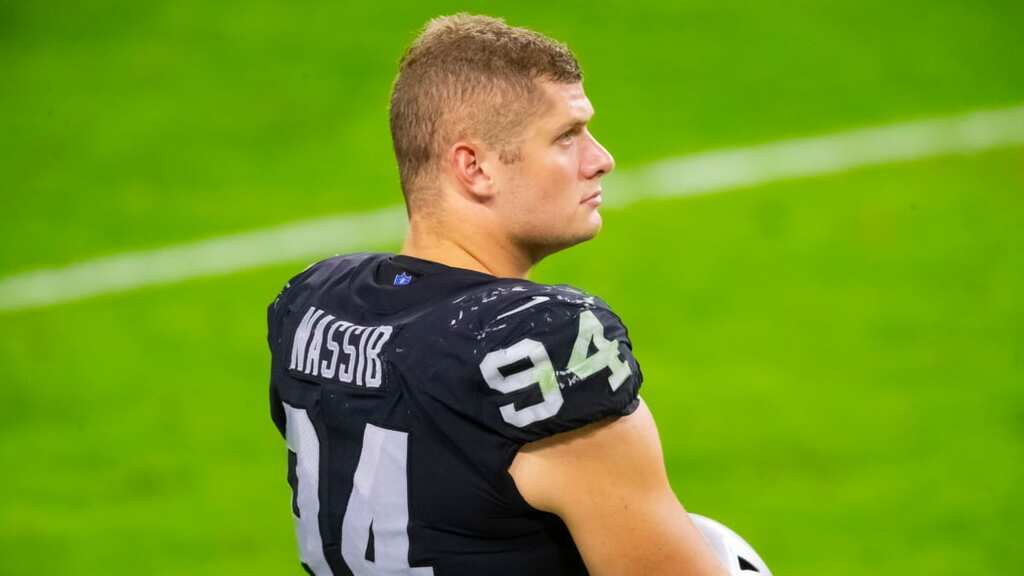 "He [Nassib] requested a personal day today," Mayock said. "He just said he's got a lot to process, there's a lot that's been going on the last few days, and of course we support that request."

The emails were sent several years before Gruden started his second stint as Raiders head coach.

On Friday, the Wall Street Journal reported Gruden had used racist language to describe NFLPA's executive director DeMaurice Smith in a 2011 email. Gruden said he was "really sorry" for his words, but he didn't resign until the other emails came to light.

"Lot going on in this franchise for the last several days," Mayock said. "The way I grew up, the Raiders always stood for diversity, they had the first Latino quarterback, the first African American head coach and the first female CEO. .. all of that was under Al Davis's watch.

"His son [Mark Davis], I think had a tough time. Since I took this job almost three years ago, Mr. Davis has preached three things: diversity, social justice and domestic violence. When we go into [NFL] drafts, if there is a guy with a history of any of those things, I'm in Mr. Davis's office trying to show him if we've done our due diligence on the guy and if that person should be in this building."

Through five games this season, Nassib has recorded 1.5 sacks, six solo tackles and one forced fumble.

The Raiders enter Sunday's matchup with the Broncos at 3–2 following back-to-back losses to the Chargers and Bears. The team appointed Rich Bisaccia as the team's interim head coach.