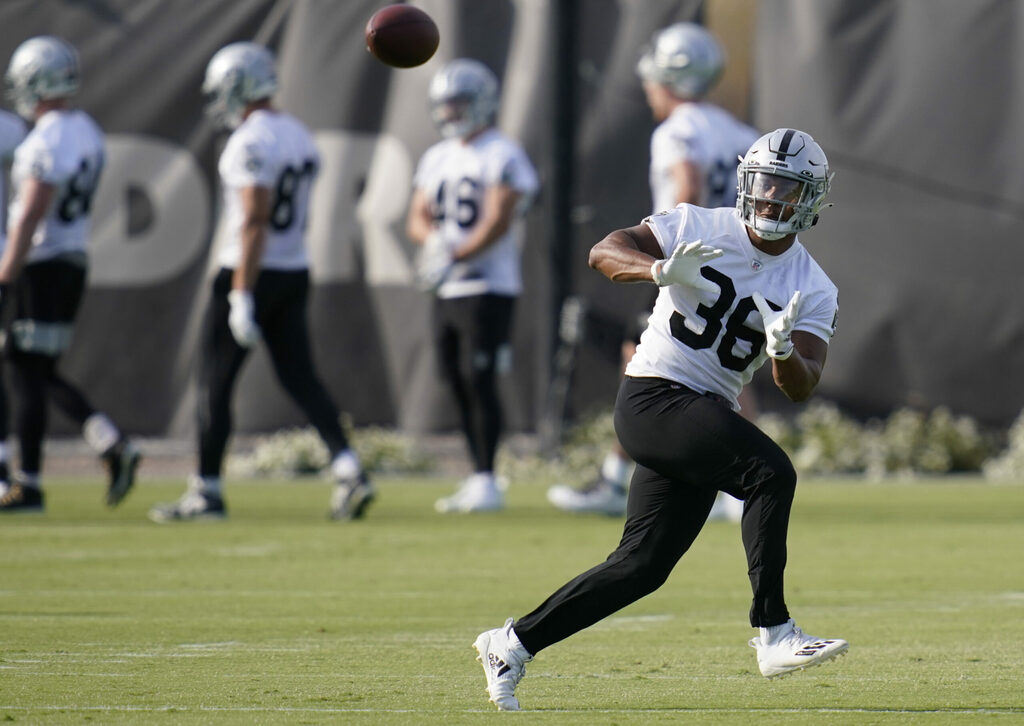 One of the stories of Raiders’ camp was the performance of running back Trey Ragas. He earned a spot on the Raiders’ practice squad and now he could see action in the team’s season opener. The undrafted rookie has been elevated from the practice squad.

His elevation suggests the status of Josh Jacobs is still somewhat in question. Though recent reports have Jacobs with a high likelihood of playing, whether or not he will be full-go is another question. Ragas’ elevation could be a precaution, or it could be to share the load with Jacobs and Kenyan Drake.

Peyton Barber is also on the roster but was just added last week, so he may not be up to speed with the offensive scheme. Ragas, on the other hand, has spent the entire offseason with the Raiders and impressed in preseason action, making a strong case for the regular-season roster.

Ragas went undrafted out of Lousiana where he put up 3572 yards and 38 touchdowns in four seasons, averaging six yards per carry.