Raheem on the Toon or Mahrez the Magpie? The Man City players Newcastle might take a punt on 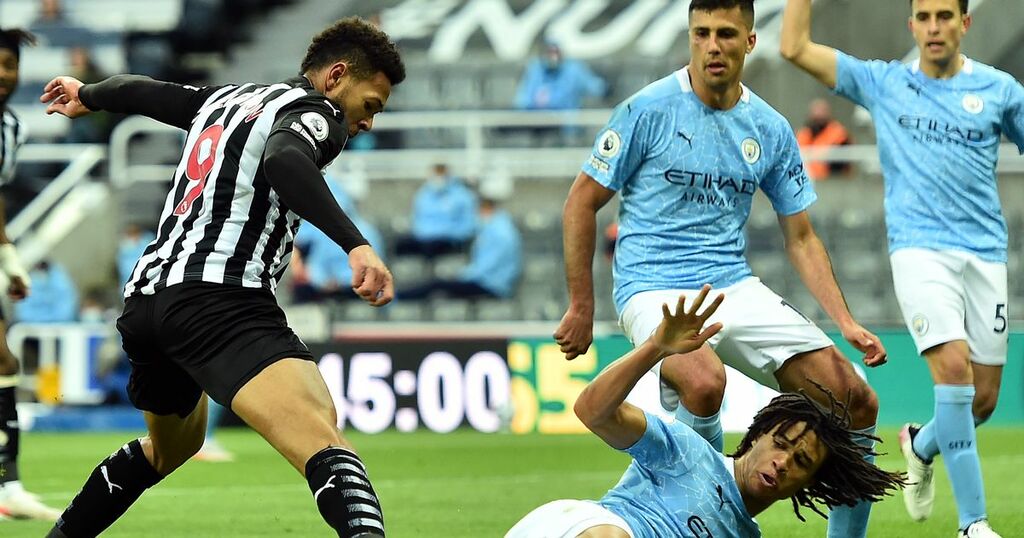 Welcome to the club, Newcastle United.

After their Saudi takeover, the Magpies find themselves in a similar situation to Manchester City in 2008, when investment from Abu Dhabi began to transform the club from Premier League also-rans to a European superpower.

When Shiekh Mansour took over 13 years ago, he didn't hold back in injecting finances as then-manager Mark Hughes enjoyed a January 2009 cash injection.

Nigel de Jong, Craig Bellamy, Wayne Bridge and Shay Given all bolstered a squad that had spent Christmas Day in the relegation zone.

For Newcastle, last week's completed takeover spelt the end of Mike Ashley's 14-year tenure - much to the delight of the St James' Park faithful.

Now, it's the chance to rebuild and lead the club back to where they once were.

For City, this could be an opportunity to offload some of the players who aren't playing as many first-team minutes as they'd like. But, as the Blues found over a decade ago, having the money to buy would-be stars and being able to persuade them to join do not always go hand in hand.

As you fondly remember that time Kaka "bottled it", we look at four men who might attract admiring glances on Tyneside.

Sterling's Manchester City future feels like it is up in the air, with the summer addition of Jack Grealish accompanied by impressive displays from Gabriel Jesus and Phil Foden.

The 26-year-old reportedly had a "heart-to-heart" meeting with Pep Guardiola to discuss his standing within the squad and is into the final two years of his contract.

Rio Ferdinand recently tipped the Magpies to enter the pursuit to sign the Englishman, with Arsenal also one of the names said to be vying for his signature.

Sterling steered England through the European Championship in the summer but that fabulous international form has not yet transferred back into a club setting.

Even with contract extension talks on hold, Sterling taking what would feel - in the short-term at least - like a significant step down during the prime of his career, feels like a long shot. Sorry, Rio.

A big-money signing from relegated Bournemouth last summer, Ake has also found chances within the first team few and far between, with fitness problems partially responsible for halting his progress

He did manage an appearance against RB Leipzig, scoring during the thrilling encounter on matchday one of the Champions League. Unfortunately for the Dutchman, City won on neither of his Premier League starts so far this term against Tottenham and Southampton.

With Newcastle's recent defensive history, Ake could be an option to help bolster the ranks at St James Park as they will no doubt look to sure up the defence.

Guardiola has noted the 26-year-old's leadership qualities and positive influence behind the scenes and he could be an ideal signing for Steve Bruce, should the embattled manager remain in his role.

Mahrez suffers a similar ill-fate as Sterling right now due to the breadth of quality in the wide areas.

The former Leicester City, who also sees his contract expire in 2023, is hoping for a first Premier League start since the opening weekend of the season when the Blues take on Burnley this weekend.

Newcastle can be quite overreliant on the wide areas, with the talent, skill and power of Allan Saint-Maximin accounting for their prime attacking threat.

Mahrez could help ease Saint-Maximin's workload and at 30, the respective stage of his career maybe makes him a more viable option than Sterling.

His unquestionable creativity and skills mean Mahrez could be the marquee signing for the new Newcastle - the Robinho of the north east.

Steffen is a quality goalkeeper when called upon in times of need for City but lacks first-team chances beyond domestic cup competitions due to the imposing and brilliant Ederson.

Newcastle have already struggled to cover their number one spot this season following an injury to Martin Dubravka. Also, Karl Darlow fell ill and forced the inexperienced Freddie Woodman in between the sticks.

As the US Men's National Team starting goalkeeper, Steffen might be tempted by regular club minutes with an eye towards the 2022 World Cup in Qatar.

The 26-year-old would represent an upgrade on what Newcastle have right now, having honed his craft over the past 18 months as an understudy to one of the finest goalkeepers in the world.