The order which comes into immediate effect was issued by Governor Thawarchand Gehlot on Tuesday based on the proposal sent by Chief Minister Basavaraj Bommai. The appointment of pro tem chairman was necessitated owing to the resignation of incumbent chairman Basavaraj Horatti on Monday.

The two-term member who has been a member of the house since 2012, will be the pro tem chairman till the new chairman is elected. He has been appointed as per provisions of Article 184 of the Indian Constitution

While Mr. Horatti, whose term in the house was till July 4, resigned from the post and membership on Monday as he is joining BJP, the post of deputy chairman is vacant since December 2021. Since the re-election of M.K. Pranesh, who was the deputy chairman till then, in the elections held for 25 seats in the Legislative Council from local authorities, the ruling BJP has not announced its nominee for the deputy chairman post.

Since the post of chairman of Legislative Council is a constitutional one, the appointment of pro tem chairman is necessary. 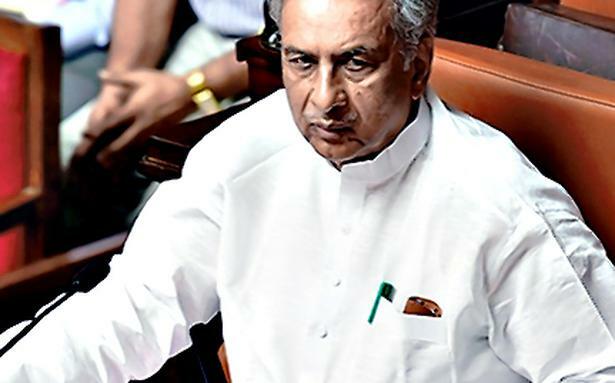 The Hindu
Council polls in Karnataka: BJP may finalise candidates on May 22

The Times of India
My government is not weak, says Karnataka CM Basavaraj Bommai

HUBBALLI: Chief minister Basavaraj Bommai on Sunday insisted that his government is “not weak” and that it has deftly and…

The Times of India
Top news developments in Karnataka on May 18, 2022

The Hindu
One subscription that gives you access to news from hundreds of sites
In a surprise move, JD(S) decides to field candidate for Rajya Sabha