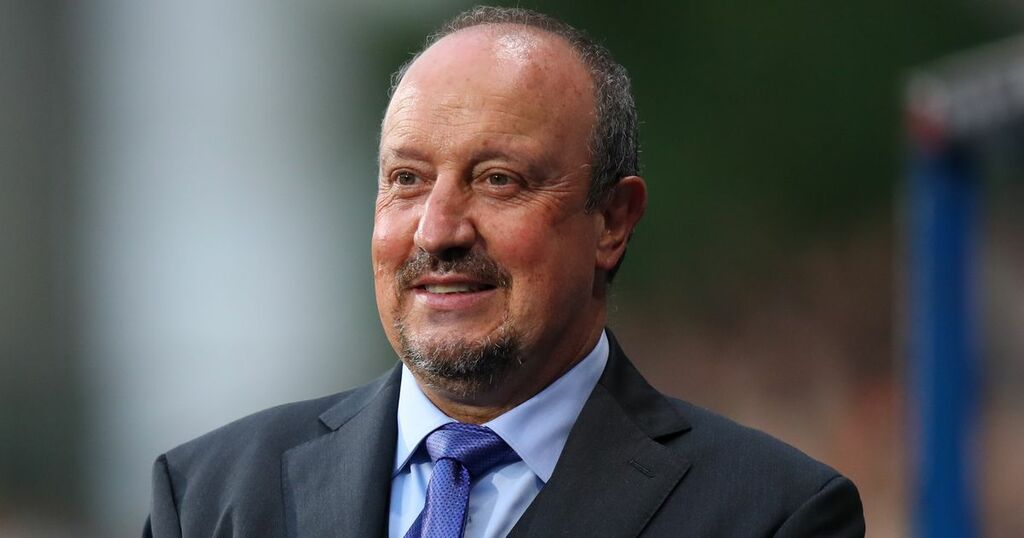 The midfield duo both endured fitness problems during last month’s Carabao Cup clash with Huddersfield but impressed the Blues boss with their resilience.

Everton were drawing 1-1 with the Championship outfit when Moise Kean was sent off just on the hour mark.

However, despite being seen to be limping, Iwobi remained on the field to help ensure the Toffees won and progressed.

While the Nigeria international stayed to aid the team as Andre Gomes teed up Andros Townsend who grabbed the winner on 79 minutes, Davies too had kept going before being substituted for Lucas Digne.

Benitez lauded the pair in his programme notes for Monday’s visit of Burnley and said: “I want to say how much I liked the character and determination of Alex Iwobi when he was hurt against Huddersfield but stayed on the pitch to help his teammates.

“Tom Davies, too, had a problem in his quadriceps but kept working so hard.”

While the League Cup game is Davies’ only appearance of the season so far, the Spaniard was keen to highlight the 23-year-old’s contribution which set up a Third Round tie with Queens Park Rangers at Loftus Road.

Iwobi, meanwhile, started in the 2-2 draw at Leeds while he came on against Southampton and Brighton.

The playmaker’s 20-minute cameo drew praise from supporters, with his neat touches, positive running and incisive passes proving huge as Everton hung on for a 2-0 victory at the Amex Stadium.

Benitez was also pleased with the team’s first clean sheet at Brighton two weeks ago after the Toffees conceded a sloppy goal at home to Southampton on the opening day before letting in two more at Leeds.

The Everton boss hailed the entire side’s ability to defend from the front against the Seagulls, with the forwards working hard to stifle the opposition backline, and believes his team are playing entertaining football on the attack.

“We had our first clean sheet at Brighton and that was important for the players at the back,” he said.

“Some goals we conceded in the opening games could have been prevented. That is the responsibility of all of us – but defenders and goalkeepers gain confidence from clean sheets.

“The attackers are doing really well, not only because of the goals but also their overall contributions to the team.

“At Brighton, they worked hard to stop our opposition from building attacks in the way we wanted.

“The midfielders, as well, were disciplined. Their energy was amazing.

“When you put all this together, along with the desire we are showing, the signs are positive. If the organisation and work rate are strong, the chance to win games increases.

“Also, from a solid structure, the football can be creative and enjoyable to watch.”

After facing Burnley on Monday night, the Blues travel to Aston Villa on Saturday.