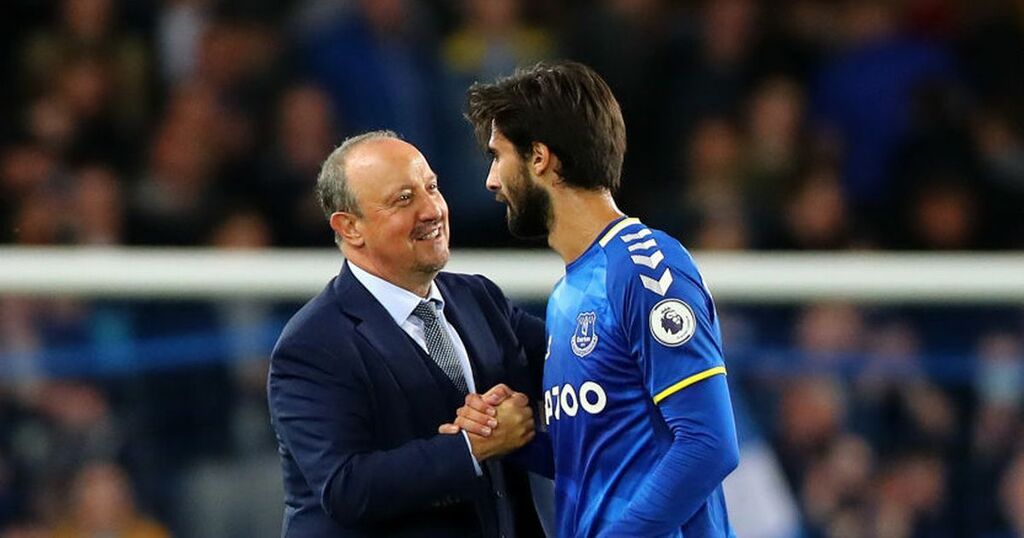 We've had to wait a long time for a raucous Goodison Park under-the-lights.

In fact, even when this match came around, supporters were forced to bide their time that little bit longer for the real Everton to show themselves.

What they saw for the opening hour of play in this match was absolutely not what they had been used to under Rafa Benitez since his appointment as manager.

The hallmarks of the Spaniard's tenure so far have been that of hard-work, direct football, fast pace and high fitness levels.

Instead, for much of this match the Blues were passive.

They shrunk down as Burnley's dogged and tough-tackling approach was allowed to take hold and laud over them.

Fans were getting frustrated, and much of the ire was aimed at the formation that Everton had lined up with from the first whistle.

Rather than the 4-4-2 that has served the Blues so well in their trio of Premier League matches to begin the season, Benitez opted for a 3-4-3 system in the absence of his lead striker Dominic Calvert-Lewin.

It was clear from the first few minutes that it wasn't working, yet the hosts persisted - much to the disappointment of some sat in their Goodison seats.

The half-time break came, many might have expected the change from Benitez, but it didn't come.

Instead, another ten minutes of similar football followed before Burnley grabbed the advantage they had been threatening for some time.

In normal circumstances you'd say that Ben Mee's header produced the proverbial "kick up the bum" Everton needed to turn this game around.

But that's not what happened.

While fans were complaining about yet another short corner that looked like it had gone to waste, Andros Townsend produced a moment of magic and fantastic cross to find the head of Michael Keane to equalise.

The real match-winning change was shortly to follow, however.

The introduction of Andre Gomes actually came at the perfect time, in the end. With Everton fans already seeing their mood drastically improve thanks to the equaliser, it was the right opportunity to capitalise on that feeling.

On the opening day of the campaign, Southampton had no chance of getting anything out of the game when Richarlison found the back of the net to equalise.

It was a bit different for Burnley. If Everton had kept their three-at-the-back, they could have easily hung on and perhaps got another goal.

Benitez instead managed to wake up the Goodison beast, while also making the right tactical change at the exact same time.

Instantly Everton's balance looked much better. Having an extra man in the centre of the pitch allowed them to win more battles against two Burnley midfielders who had been given something of an easy ride up until that point.

Abdoulaye Doucoure could play further forward, Gomes himself could affect matters in the final third, and the front trio could suddenly have much more of the ball to cause problems.

The hosts scored three goals in seven minutes to almost blow this old stadium straight off its rafters. In fact, they could have bagged double that amount as Burnley completely capitulated.

Who was your Everton man of the match? Let us know in the comment section.

A substitution at the right time for Benitez meant that he had married together everything that he needed from his side to take full advantage of this game.

The crowd were absolutely electric, the players were showing all of the right qualities in terms of hard work and desire, the opponents had completely lost all of the fight and momentum they had shown.

In future, of course, Everton can't rely on these changes to make the difference. In other home matches, they will need to dominate from the start to take all three points.

Remember when the Blues could just have a comfortable win at Goodison? It seems like a very long time ago.

If they keep producing celebrations like that in the second half, however, long may these game-changing substitutions continue.