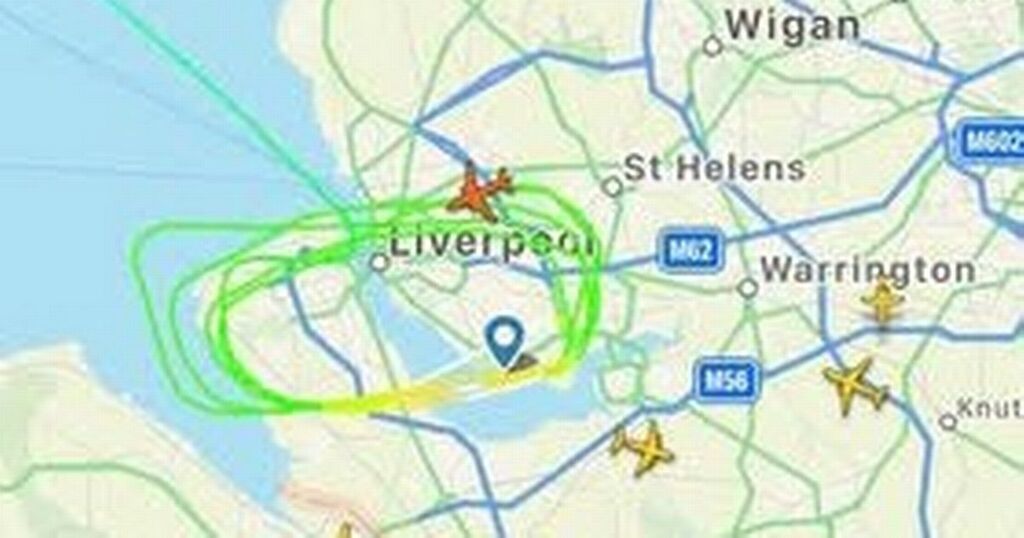 An RAF plane was spotted doing circuits over the River Mersey today.

The Boeing P-8 Poseidon - an anti-submarine warfare aircraft - completed circuits over the River Mersey, the Wirral, Liverpool and the River Dee this afternoon, leading residents to question what the plan was doing here.

Described by the RAF as “multi-role maritime patrol aircraft", Poseidon planes have operated from RAF Lossiemouth in Moray, Scotland since 2020.

Posedions are equipped with sensors and weapons systems for anti-submarine warfare and can also be used for surveillance and search and rescue missions.

However, the Poseidon spotted above the Mersey today was not being used for such purposes.

Instead, the plane was being used for training operations from Liverpool John Lennon Airport.

An RAF spokesperson said: "A RAF P-8 Poseidon from RAF Lossiemouth in Scotland was completing routine training consisting of circuits and approaches at Liverpool airport today.

"The RAF routinely use a variety of civilian airports all over the UK for training as they provide complex airspace and differing approach challenges for our pilots."