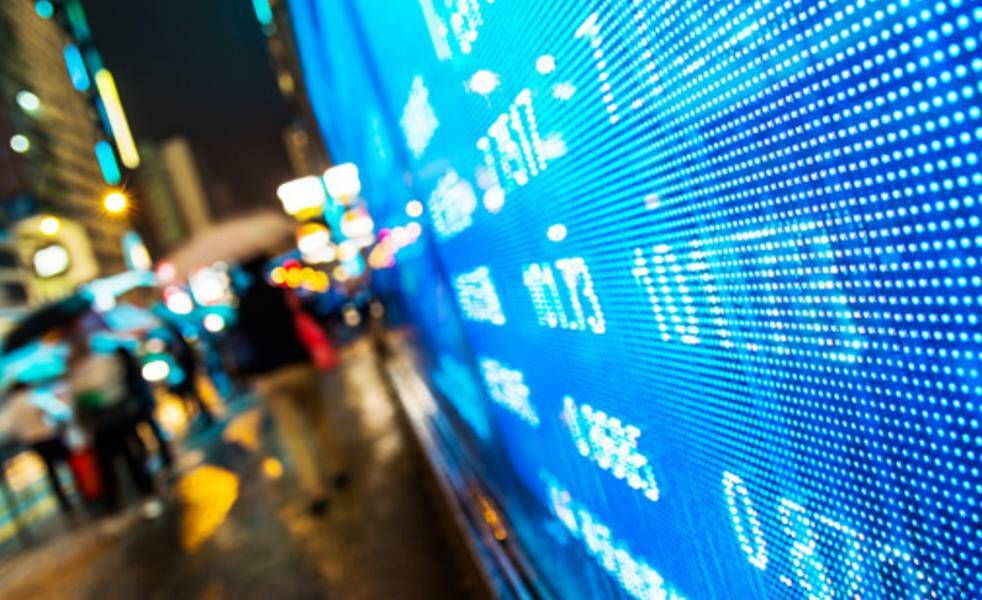 The futures markets are pointing to a lower open on Wednesday, weighed down by European markets. The uncertainty around infrastructure, stimulus and other government spending appears to be on investor’s minds.

Goldman Sachs (GS ) downgraded its economic outlook for the U.S. due to fears of lower consumer spending and the effects of the COVID delta variant. This appears to line up with Friday’s jobs report as customer-facing jobs like education and hospitality have failed to bounce back at the same rate as other job groups.

However, St. Louis Federal Reserve Bank President James Bullard told the Financial Times that there is plenty of demand for workers and the concerns about the job market may be overblown. Bullard pushed for the Fed to start tapering the monetary stimulus sooner.

What’s the Yield Telling Us?

The recent rise in the 10-year-Treasury yield has some bond investors seeing enough strength in the economy for the Fed to start tapering its monetary stimulus by purchasing fewer Treasuries. However, as we have stated before, it seems more likely that the 10-year yield will be range bound with the Fed kicking the can down the road. In fact, recent resistance at 1.38% has already turned the yield lower this morning. If a rise in yields does take place, it could potentially push bond prices and the U.S. dollar higher. The stronger dollar could push crude oil (/CL) prices lower.

In addition to a stronger dollar, lower demand for oil in the U.S. and Asia could compound falling prices. The demand side issues for oil may be greater than the supply side issues. U.S. oil production is still lower than usual as the southeast is still reeling from Hurricane Ida. Saudi Arabia cut oil production on Sunday on fears of shrinking demand in Asia.

This coming Friday’s Producer Price Index (PPI) and next Tuesday’s Consumer Price Index (CPI) announcements could confirm or quash the recent changes in bond and commodity sentiment. Another high inflation number—if we get it—could possibly force the Fed’s hand into tapering sooner than Chairman Jerome Powell might like which may lead to higher yields, a higher dollar, and lower commodity prices.

Many Bitcoin investors were surprised by Monday’s selloff in the cryptocurrency after El Salvador became the first country in the world to adopt it as legal tender. The currency can now be used to pay for everyday goods and services in that country. Despite the announcement, Bitcoin fell about 10% on the day.

A movement among cryptocurrency advocates encouraged investors to buy $30 of Bitcoin in honor of El Salvador’s decision. Other Latin American countries like Paraguay, Panama, Brazil, Mexico, and Argentina are also considering a move to Bitcoin to help shore up their respective economies with a more secure currency. Wide adoption of Bitcoin by these governments could increase the legitimacy of the currency. It also would potentially provide an easier way to move money from migrant workers in the U.S. to families.

However, many groups have warned against the adoption of Bitcoin, including the International Monetary Fund (IMF) and several central banks. According to The Wall Street Journal, the idea of Bitcoin adoption isn’t being well received by citizens of El Salvador and many expressed little to no confidence in it.

Slick and Stick: Oil is the largest traded commodity in the world and it’s not even close, therefore it can be a precursor to inflation. Because oil is traded in U.S. dollars, intermarket analysts often start by watching the dollar. If the dollar rises in value, oil prices will tend to fall and vice versa. A main driver of dollar strength is interest rates (bond yields). Rising rates commonly attracts investors looking for bigger yields which in turn strengthens the dollar.

This complex relationship can be thrown off by government actions. For example, many countries like China often buy U.S. Treasuries as a way to strengthen their currencies. The demand for Treasuries could push interest rates lower and make the correlation between yields and oil less sticky.

Traders who commonly uses these relationships to help determine potential buy and sell signals may be frustrated by unexpected changes. If and when the Fed begins to taper, other correlations could decouple as well.

M&A is Taking Over: So far in 2021, U.S. companies have announced $1.8 trillion in mergers and acquisitions (M&A) and $3.6 trillion worldwide per the Wall Street Journal. This puts 2021 on track for the largest M&A year ever.

August saw nine announcements with the largest being VICI Properties (VICI) buying MGM Growth Properties  (MGP) for $17.2 billion. In May of 2021, AT&T  (T) announced plans to acquire Discovery (DISCA) for $43 billion, which is the largest deal of the year so far.

It’s likely more announcements are on their way. M&A is an odd indicator for investors because it could suggest that the ability to organically grow a business is too difficult and economic growth could be slowing. So, some see increased M&A as a bearish sign.

However, M&A commonly takes certain companies out of circulation and their shares too. This results in a greater supply of investment dollars that could be reinvested elsewhere. So, some investors see M&A as bullish.

Is Tech the Safe Harbor? Recently, investors have been migrating into Utilities and Healthcare stocks. These are commonly viewed as defensive stocks that are often popular as an economy moves from expansion to contraction. Consumer Staples used to be a part of this group, but it has only recently shown a little relative strength compared to other market sectors. However, technology continues to be strong and is pushing NASDAQ (COMP:GIDS) stocks to new highs.

Can technology stocks maintain their dominance as many investors move to a more defensive posture? It’s hard to say. Apple (AAPL) and Microsoft (MSFT) have continued to rise. Technology stocks have benefited greatly from low interest rates as consumers and business have been able to obtain the capital needed to stay up to date with the latest technology, apps, software, and so forth. This means Tech stocks could be negatively affected by changes in Fed policy. While tech has been the place to be, it may not be the safest place if rates rise.