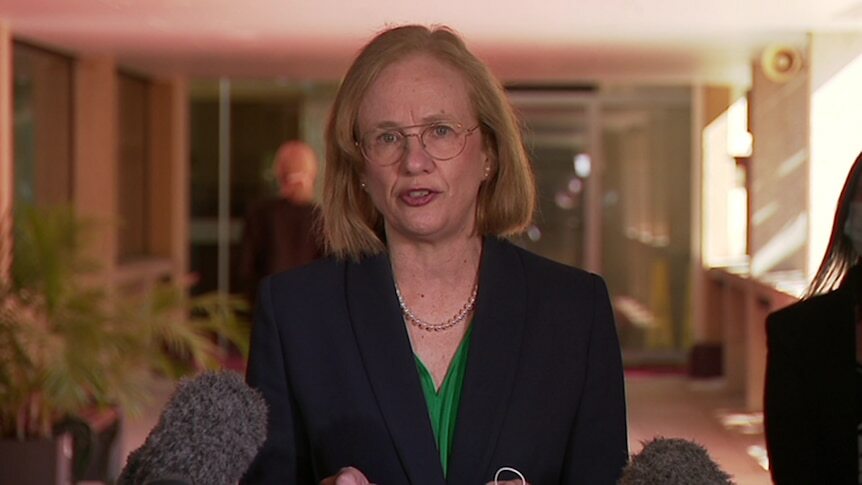 Queensland has recorded one new locally acquired case of COVID-19 with a 15-year-old schoolgirl testing positive after entering home quarantine.

It is linked to the cluster that began when a 13-year-old girl who attends St Thomas More College at Sunnybank on Brisbane's southside tested positive to the Delta variant last week.

Four households connected to the school now have positive cases.

Queensland Premier Annastacia Palaszczuk said she was not concerned about the latest case.

"We're not concerned about this at all because it's linked to that Sunnybank cluster," she said.

She thanked more than 1,000 families who are quarantining after being linked to the cluster.

"A big thank you to all those families who are doing absolutely the right thing, and staying at home. You are keeping Queenslanders safe," she said.

One case was also detected in hotel quarantine.

The Premier said 56.68 per cent of eligible Queenslanders have now had their first dose of a COVID-19 vaccine, while 38.33 per cent are fully inoculated.

"Looks like due to fantastic contact tracing work, and the superb work done by that family that we've managed to get this outbreak controlled so quickly, but we know that we could have another case coming to Queensland at any time," she said.

"Could everyone please continue to do that work and come forward and get tested with only the minor, most minor symptoms, any symptoms at all," she said.

The Premier said 9,000 vaccine doses were administered to children yesterday after 12- to 15-year-olds became eligible to get a jab.

"If you're a parent, and you have a child who's between that age group and now eligible … I urge you to go ahead and do this, it's happening around the world," she said.

Ms Palaszczuk has also announced the state and federal governments have struck a deal for a $54.55 million support package.

"It supports businesses in the border zone as well as tourism operators across Queensland who are severely impacted by the ongoing lockdowns in New South Wales and Victoria," she told Parliament.

"The reminder is for everyone, particularly coming out of that cross-border zone to make sure that they have the right pass before they get to the border."

The Deputy Commissioner said there was a 19-minute delay at the M1 and all other crossings had a delay of less than five minutes.

"Ninety-seven were placed in quarantine, 44 were relocating people and 37 were returning Queenslanders and nine were refused entry," he said.

He said there were some people who were arriving before the application process was complete and he urged people to work with the police on the matter.