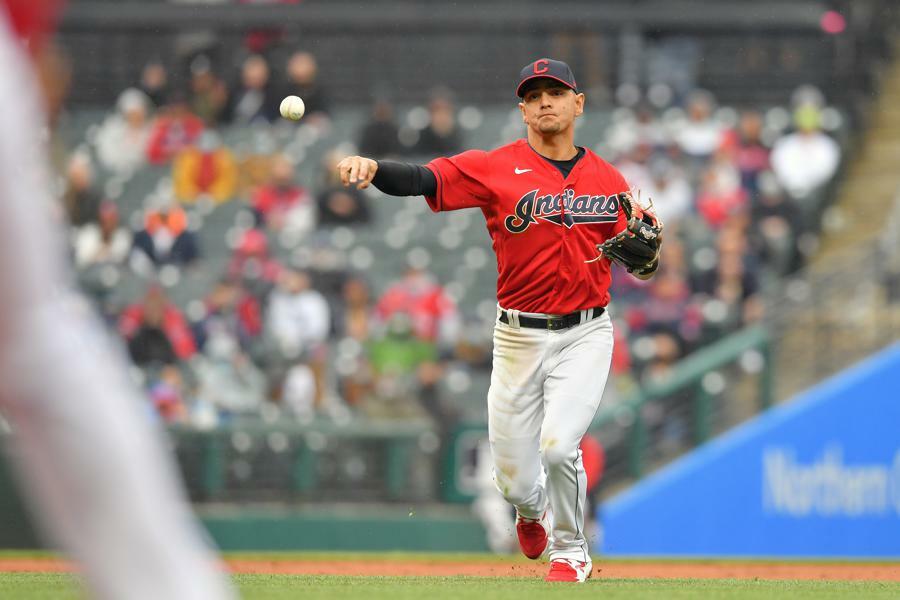 This will be a crucial offseason for what will be Major League Baseball’s Cleveland Guardians.

A massive face-lift of the 40-man roster may accompany the team as they they shed their Indians nickname and become the Guardians at the end of this season.

Reeling from a season that saw them lose their best three starting pitchers for weeks, the team has tried to stay competitive despite having to rush pitchers to the big leagues before their player development was complete.

The team’s offense continued to sputter, showing instability in the outfield and an inability to consistently score runs.

Prior to the Indians losing their quality starters, the team was competitive. After those injuries, the rotation was in stress, bringing even more pressure to a mediocre offense.

The fact that they managed to cobble together 68 victories so far this season is admirable.

The Indians front office has long been recognized as among the best in the game.

Complicating the challenges, the soon-to-be Guardians brass will have to determine which players in their organization must be protected with a promotion to the 40-man roster.

fangraphs.com lists the Indians estimated 2021 payroll to be $51M, among the lowest in the game. That is a reduction from the estimated $99M payroll of 2020.

Reports have indicated the team will increase payroll in 2022. However, details of the amount of increase have not been released. The status of the MLB Collective Bargaining Agreement, currently being negotiated, will likely help dictate the shape of the payroll.

To this writer, Cleveland’s organizational middle-infield depth is among the best in baseball. Several prospects at various stages of their player development have major league upside. Many of those players have the skills to eventually help the big league club on the 26-man roster, or be used to fetch players that can help improve the major league club.

To this scout, a trade that includes any of the following middle-infielders could help bring much needed outfield depth for the big league Guardians roster:

Among the most advanced of the middle-infield prospects, Gimenez came to Cleveland from the New York Mets in the trade for Francisco Lindor.

Obtained in a trade from San Diego, Arias is an outstanding right-handed hitter with developing power, an ability to hit for average, and an outstanding defensive profile. He would fit well at shortstop due to excellent range, soft hands and excellent arm strength.

Currently sidelined after shoulder surgery, Freeman is an excellent hitter for batting average. He doesn’t have much power, but his pitch recognition, bat to ball skills, patience, and plate discipline are solid. He’s a top prospect infielder.

The switch-hitting Rocchio has the type of baseball acumen that could be very valuable as he climbs the ladder to the big leagues. He has more power than Freeman and more speed than Arias. He should be able to hit for average, making good contact while driving the ball.

Like Rocchio, Bracho came to Cleveland in a very good group of 2017 international free agent signings. A switch-hitter, he profiles as a utility infielder capable of playing several positions with enough offense to be credible.

One of the younger prospects, Tena is opening eyes with very solid overall play. He has a sweet left-handed swing that just needs repetition and refinement. So far, he has shown scouts a good hit tool and speed enough to cause damage on the bases. He’s an advanced hitter, good defender, and could continue to elevate his game.

A 3rd round 2018 Indians draft choice, Palacios has made it all the way to Triple-A, where he is hitting very well. He has speed, an ability to hit the gaps, and can hit for a very good batting average. The left-handed hitter makes good contact, and could be a true sleeper.

Tucker was a 2020 1st round draft pick out of high school in Phoenix.

Tucker is a solid athlete, and could make a switch to the outfield at some point in his career.

He has a good feel for the barrel of the bat with a measured swing that generates contact. He is a raw, unproven prospect. However, the Indians paid a reported $2M to sign him, and he’ll get his chance to showcase his talents.

Rodriguez is seen as a very balanced, multiple-tooled infielder. He could develop power, but for now, he is showing an ability to drive the ball to all fields. Big and strong, he could outgrow a middle-infield role and move to either corner. He has a bright future as a hitter.

To this scout, Chang remains an under the radar, versatile player. Given consistent at-bats, Chang can barrel the ball with plenty of power.

The future Cleveland Guardians are loaded with potential big league middle-infielders that can be used by the parent club or as trade chips to bolster their organizational depth.

During the offseason, the front office will have to decide the upside of each candidate and determine their best course of action for each player.