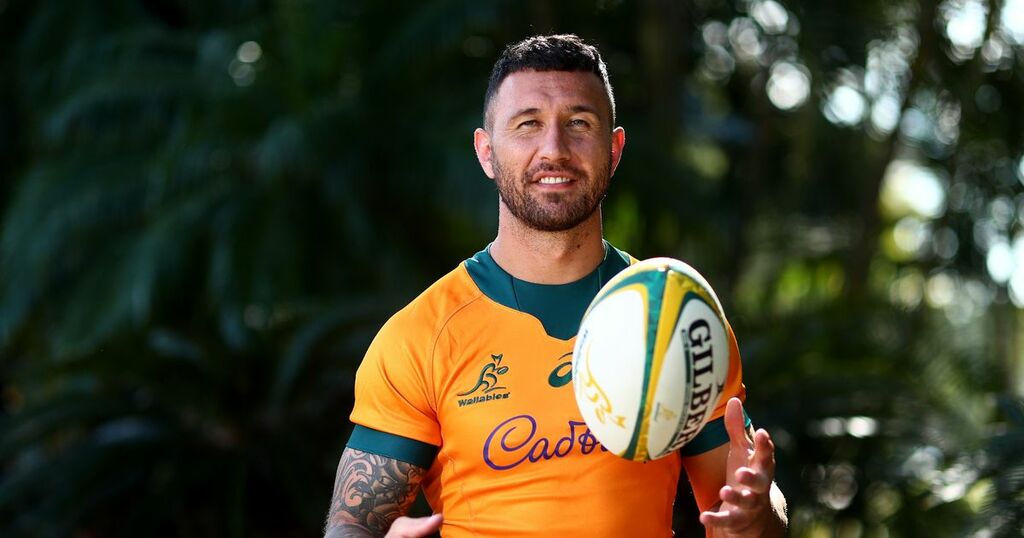 He's lived in Australia since he was 13, won 71 caps for the Wallabies, and on Sunday was the hero of the nation after his late penalty secured a dramatic win over world champions South Africa.

However, Quade Cooper still can't call himself an Australian, despite mounting calls for his citizenship request to be granted.

Cooper, 33, was born and raised in New Zealand before moving with his family to Brisbane and his residency makes him eligible to play for Australia. On Sunday, he returned from a four-year international exile to land 23 points with the boot, including an injury-time penalty, as the Wallabies prevailed 28-26 on the Gold Coast.

His display was a timely one, given he had a recent application for Australian citizenship rejected, and now Rugby Australia chief executive Hamish McLennan has urged the government to do the "right thing" and reverse the decision.

“He has proudly served Australia well for over a decade,” McLennan said. “He deserves citizenship and I’ll do anything in my power to support this happening.

“He deserves a fair go. That’s the right, Australian thing to do.”

McLennan isn't the only person publicly backing Cooper. Former Wallaby Drew Mitchell was critical of the decision to deny him citizenship in July and on Sunday pointedly tweeted: "Surely that kick gets Quade Cooper his Australian citizenship??!!"

For his part Cooper, who spent 11 years with the Queensland Reds but now plays for the Kintetsu Liners in Japan, was asked after Sunday's game if he thought his match-winning display would boost his bid.

The Auckland-born star has been able to travel on his New Zealand passport throughout his rugby career, but in 2016 his lack of citizenship denied him the chance to represent Australia in 7s at the Rio Olympics.

Cooper has long divided opinion in rugby union, both on and off the field.

A mercurial talent, he has been accused in the past of lacking consistency on the big stage, and in 2011 tweeted controversial comments about his own national set-up.

Who will win the Rugby Championship? Drop your prediction in the comments section.

He scathingly criticised the defensive style and lack of player input under then coach Robbie Deans, who he said was responsible for a "toxic environment" in the camp.

As a result, Cooper was fined a record $60,000 ($20,000 of which was a two-year suspended sentence) and given a suspended three-match Wallabies ban.