By Darren Walton and Murray Wenzel 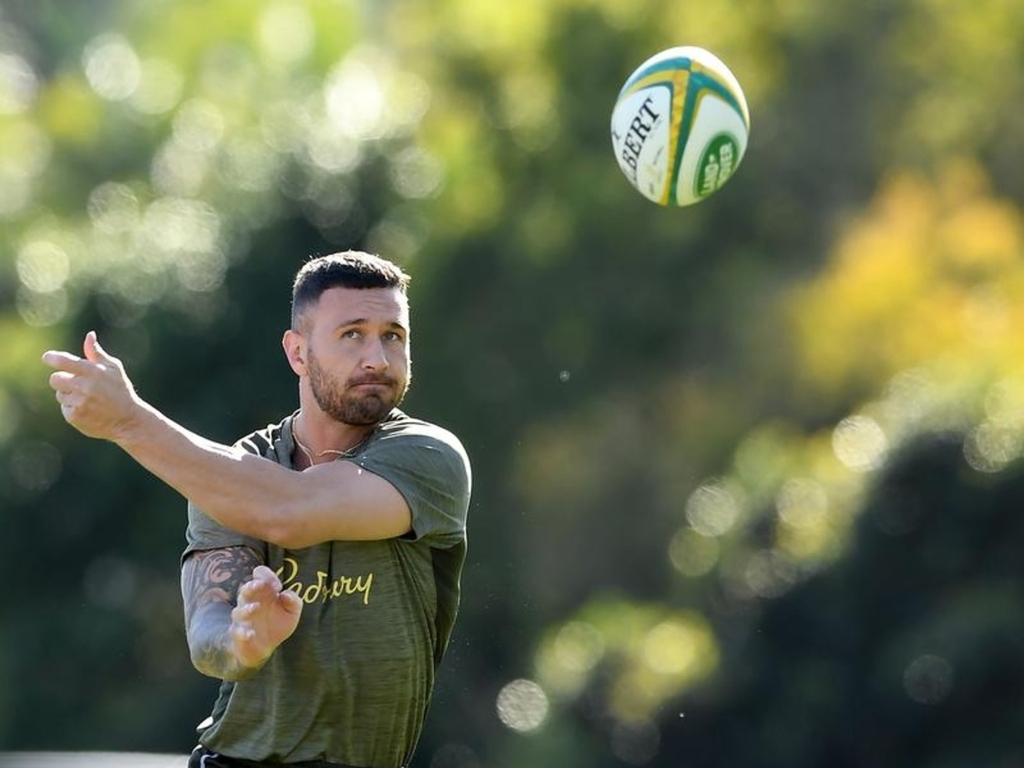 The mercurial playmaker last pulled on the Wallabies gold in 2017 but will return alongside young halfback Tate McDermott on the Gold Coast.

With the Wallabies desperately needing to win after two straight losses to the All Blacks to start the tournament, and New Zealand and South Africa both boasting 2-0 records, Rennie has dumped under-performing youngster Noah Lolesio in favour of Cooper's experience and flair.

His return marks an incredible comeback after being frozen out by Brad Thorn at the Queensland Reds four years ago, then heading overseas to ply his trade in Japan following a one-season cameo in Melbourne.

Rennie has had Cooper training with the squad since the start of the Bledisloe Cup series and has been impressed by what he has seen.

"We're thrilled for Quade that he's earned another opportunity to pull on the gold jersey for his country," said Rennie.

"He's had a really positive impact since joining the group, put pressure on us as selectors and he's excited to get out there and perform on Sunday night."

In other changes, Angus Bell, 20, will make his starting debut in the front row and World Cup lock Izack Rodda returns to the starting team in place of youngster Darcy Swain while hooker Feleti Kaitu'u and flanker Rob Leota could make Test debuts off the bench.

Rennie has stuck with Allan Alaalatoa in the frontrow - he will play is 50th Test - ahead of bench weapon Taniela Tupou, while back Reece Hodge provides cover off the bench in what could also be his 50th Test.

Fullback Tom Banks has retained his place in an unchanged back three, with Jordan Petaia on the bench again.

In his 112th Test, the match will also see Michael Hooper overtake George Smith as the fifth most capped Wallaby of all time.