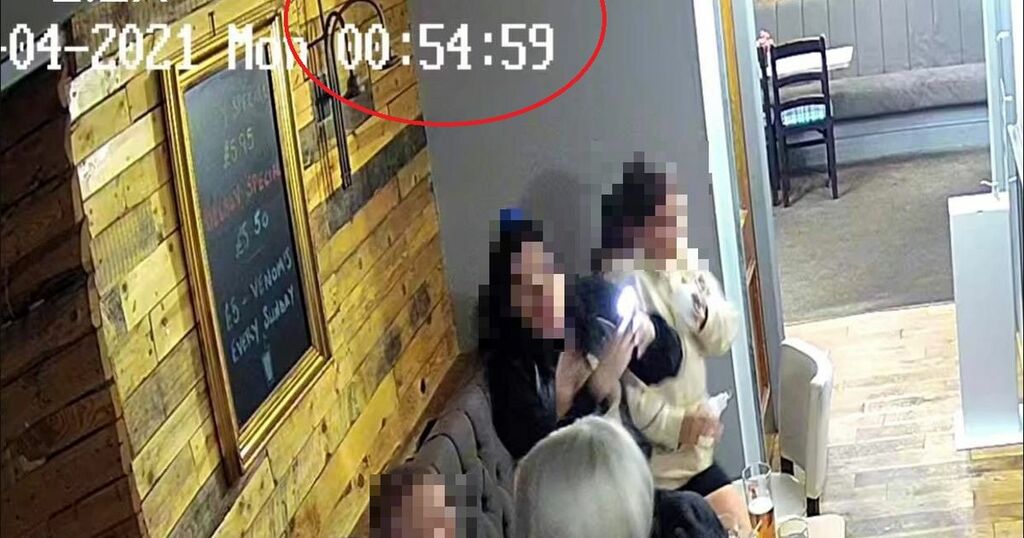 The light-fingered woman was filmed removing them from fittings then handing them to pals before being ordered to leave the bar after staff spotted them "jumping about seats".

The bizarre incident unfolded at the Kirkton Inn, Carluke, and manager Jamie Duffy has demanded the thief returns the bulbs.

He told Lanarkshire Live: "We've just spent £16,000 doing the place up and we're trying to make it a better place, so this is very frustrating.

"We can see a group of four there, one woman taking the light bulbs out, running about, swinging on to their pals and they put them down on the table.

"They put one light bulb back and then decide to take that one back out again and then they disappear. It might seem petty but it's very annoying.

"They're jumping about seats as well and they're getting told by bar staff to leave and they're not listening."

The pub has already decided to have the group barred but hope those involved can come forward and return the missing bulbs.

Jamie added: "I want to speak to them to find out where the bulbs are and why they did it, then kindly tell them not to come back."

The Kirkton Inn posted on Facebook: "Could the girl who removed the light bulbs out the wall tonight please come in and see us tomorrow, we have you on CCTV, we would like to know why you're touching property of ours, especially the lights and where the light bulbs have went to. Petty yes, but it's the principle.

"We are trying our best to get the place up to a standard that is inviting and welcoming, we don't need people coming in and doing 'what they want'.

"Stay off the furniture, leave things alone and treat the venue with respect, if this is how you treat the pub we don't dare guess what happens in your own house.

"Look forward to seeing you tomorrow."

And followers responded by poking fun at the culprit.

One said: "She might be barred from the Kirkton but she still has a bright future."

Another added: "Lighten up its only a few bulbs, bit dim witted of her though."

"Dark times at the moment", joked a follower.

And another insisted: "This has certainly 'brightened' up my morning".