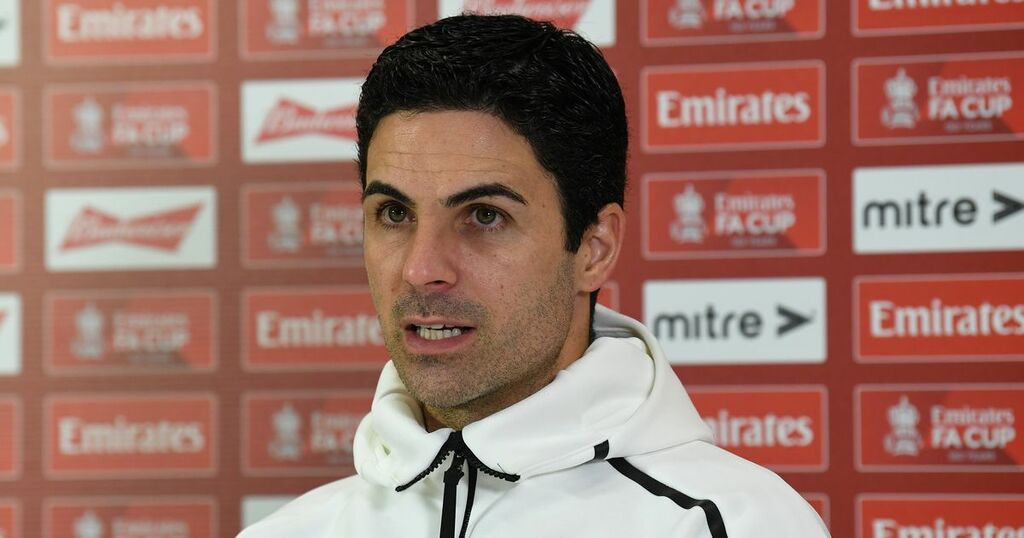 The Reds have been tentatively linked with the Gunners forward, who has been in impressive form this season.

Saka has seven goals in all competitions, including six in the Premier League, and is second behind only Emile Smith Rowe (nine) in terms of Arsenal scorers.

The form of the England international has led to speculation that Liverpool could make a move to bring him to Anfield either this month or, more likely, in the summer.

READ MORE: FSG must give Jurgen Klopp what he deserves as Liverpool transfer truth emerges

It was claimed in the Transfer Window podcast, via The Express , that Saka is a player who suits the Reds' style of play.

The report went on to add that Liverpool are planning for the future, with the 20-year-old supposedly 'very interested' in the idea of moving to Merseyside.

In response to those rumours, Arteta did not seem too concerned.

The Arsenal boss went on to express his delight with the player’s development, and why it’s 'great news' that Saka has been linked with Jurgen Klopp's side.

"I think that’s great news when you have a lot of talk and people willing for you players, it’s a really good sign," Arteta told The Mirror .

"They should be proud because that means they are doing extremely good work."

Arteta added: "I am really happy with Bukayo, and with what he’s doing, with how he’s developed and the importance he has on the team.

"Most importantly with the impact that he’s able to make in each game. This is something that we want to keep improving in each game, because he has the capacity to do it."