Priti Patel ‘sanctions tactics’ to send back migrant boats in Channel - what’s it all about? 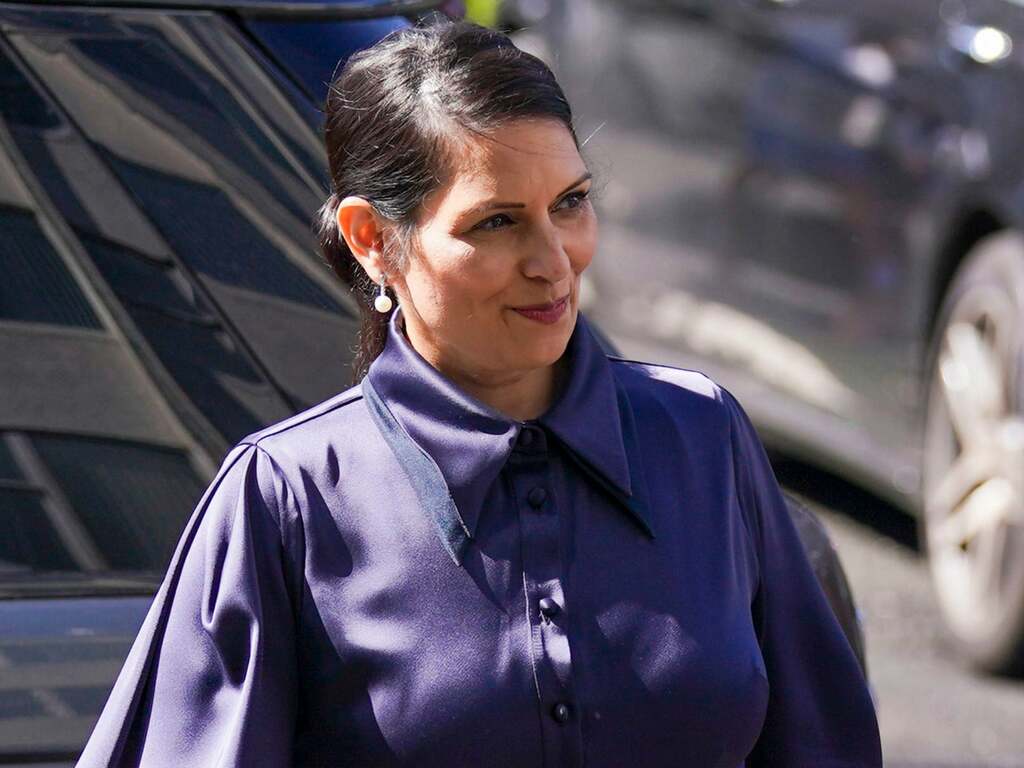 Priti Patel has reportedly approved measures making it possible to turn back boats carrying migrants in the Channel before they reach the UK.

Under the measures, Border Force officials would be able to turn the boats around, forcing French authorities to deal with them. In doing so, she will have to rewrite maritime law.

A senior government source told the BBC the tactic would only be used in “very certain, narrow circumstances” when it is deemed practical and safe to do so and that the details of the plan were yet to be finalised. Reports suggested such operations were likely to be restricted to sturdier, bigger migrant boats.

The news comes after Patel met her French counterpart on Wednesday and told him that the British public “expect to see results” from French efforts to prevent ongoing migrant crossings.

According to the Home Office, the UK authorities had to rescue or intercept 456 people as part of 17 incidents on Tuesday. They say that 785 migrants arrived in the UK on Monday after making the journey from France in small boats and at least 13,000 people have now made the crossing to the UK in 2021, according to data compiled by the PA news agency.

How are people reacting?

The French government, for one, has rejected the proposals. In a letter sent to Patel, interior minister, Gérald Darmanin said “safeguarding human lives at sea takes priority over considerations of nationality, status and migratory policy, out of strict respect for the international maritime law governing search and rescue.”

He warned the UK that employing such tactics “would risk having a negative impact on our cooperation”.

Sent on Monday but sent to me and other journalists this evening, it says:

“The French position on intervention at sea remains unchanged… pic.twitter.com/Qproq8tJmU

Pierre-Henri Dumont, France’s MP for Calais, said earlier this week that turning around boats would be a blatant breach of human rights laws and an insult to the dignity of those seeking asylum.

“Not giving a chance to children to be protected is something that should not be tolerated in modern society. We are talking about human rights and dignity.

“This suggestion tears apart the UN Geneva conventions giving the right to everyone to apply to any country for asylum.

“The UK left the EU but the UK did not leave the international community and the UN,” he said.

Meanwhile, journalist Alberto Nardelli said the proposals were “a violation of international law”.

Pushbacks are illegal and a violation of international law https://t.co/RnxJg0w6WP

That the Home Secretary is even considering doing something so potentially dangerous that could put lives at risk is evidence of her own failure on this.https://t.co/oCDl3KTuCq

She has, however, received support from Richard Tice, leader of Reform UK (the artist formerly known as the Brexit Party).

FINALLY: ⁦@pritipatel⁩ authorises turning back of migrant boats; I’ve been saying for months this is only way to solve crisis & law allows it. Why taken Govt lawyers so long? Will they really do it though? https://t.co/hcSzxaPR3E

Ms Whately told Sky News that migrants on those routes were “desperate” but she added that the journey was dangerous.

She said: “So we want to deter people from embarking on that kind of dangerous journey.”

Asked repeatedly whether the Government was looking to turn boats around, she said: “The Government looks at all the options, but a really important thing, of course, is you wouldn’t want to put people in any greater danger, they’re taking a dangerous journey as it is, and what we want to do is actually deter them from starting that journey in the first place.”

A Home Office spokesperson said: “We do not routinely comment on maritime operational activity.”

The Queen and the Royal Family ‘support Black Lives Matter’