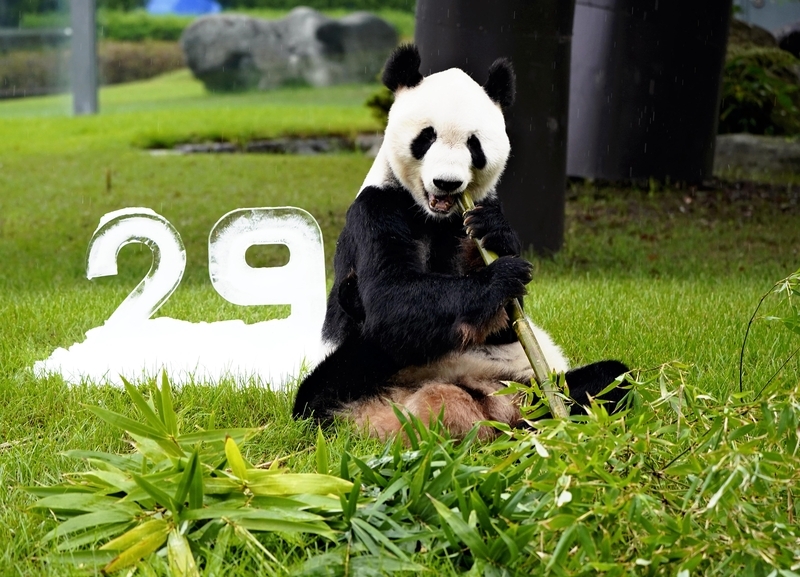 Age is just a number and 29 may not seem old -- unless you're a giant panda.

Eimei, a male giant panda at Adventure World in Shirahama, Wakayama Prefecture, was given ice in the shape of the numerals "29" and bamboo for his birthday on Tuesday.

He is the oldest giant panda in the world in captivity to have had cubs through natural mating, having fathered 16 panda cubs so far.

In December 2014, then 22-year-old Eimei had twins with female panda Rauhin, setting the record as the oldest panda to father cubs in captivity. He has since rewritten his record three times, the last time in November last year by fathering female cub Fuhin.