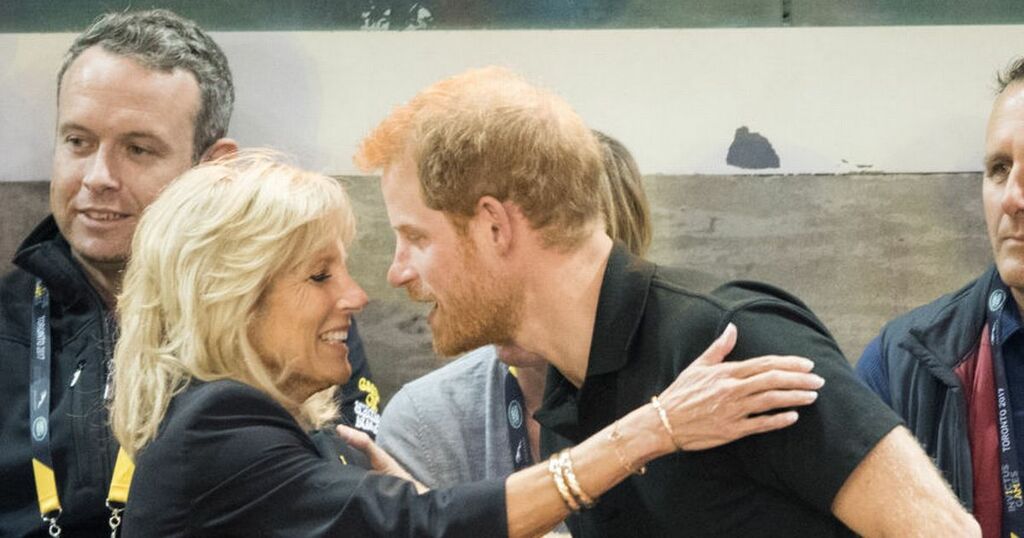 Prince Harry will be joined by the First Lady of the US Jill Biden to celebrate the Warrior Games, it has emerged.

It will be the first event for the pair since she officially entered the White House.

In a statement released by the Office of the First Lady it was revealed that defence Secretary Lloyd Austin and Ken Fisher, Chairman and CEO of Fisher House Foundation, will join the duo for the virtual event.

The event will honour Warrior Games athletes, their families and caregivers.

It celebrates the "resiliency and dedication of wounded, ill, and injured active duty and veteran US military service members".

The Duchess of Sussex has not been included in the released list of participants for Monday's event.

Jill Biden had intended on going to the games in person before they were cancelled due to the Covid pandemic, the statement added.

The 2021 Warrior Games were set to begin in-person this week in Orlando but had to be cancelled because of health concerns in the wake of the pandemic.

According to reports the Duke of Sussex has a special relationship with President Joe Biden's wife, Dr Jill Biden, having bonded over a number of years.

Harry is said to have met Dr Biden for the first time at a reception for wounded soldiers in Washington, US, when her husband was Vice President to Barack Obama

They have since met at several events including the Invictus Games in London where they have been photographed sharing a laugh in the audience.

Angela Levin, author of a book about Prince Harry, previously said the pair have quite the friendship.

She said: “The couple got on brilliantly despite the 33-year age gap, so much so that then-Vice President Joe Biden admitted: ‘She spent too much damn time with Prince Harry.’"

The virtual event will be live streamed here on Monday.