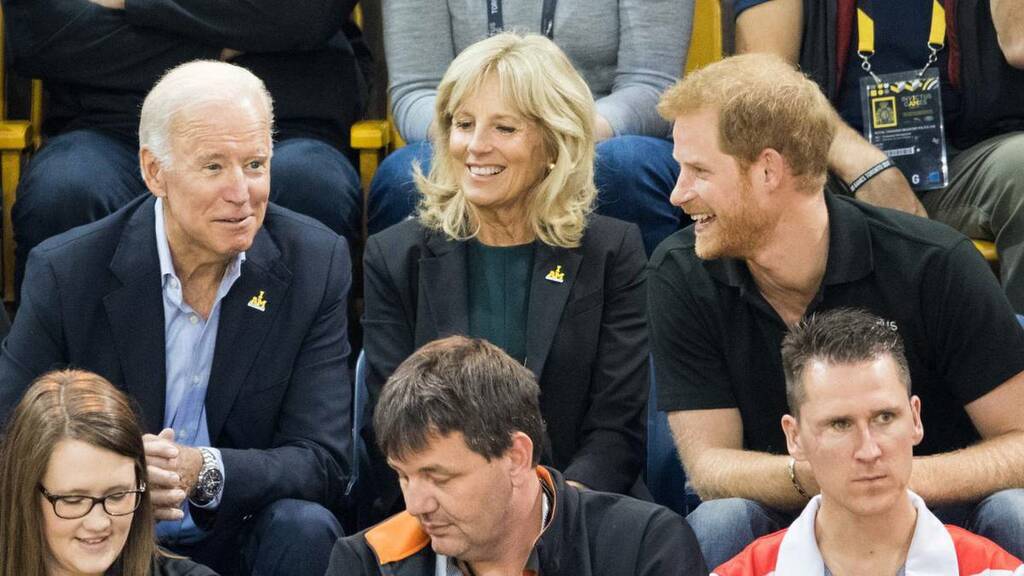 Prince Harry and Jill Biden teamed up to host a virtual event in honour of Warrior Games athletes and their families on Monday.

The Duke of Sussex apologised to those at the online meeting after the games - a sports tournament for injured service personnel - were cancelled because of the coronavirus pandemic and admitted he'd been looking forward to the event, which inspired his own Invictus Games.

Speaking from his California home, he told those gathered: "I am so sorry that we're not all together at the Warrior Games where we should be.

"The pandemic has certainly changed or flipped life upside down for so many people.
I will never forget that first visit that I had to the Warrior Games, which inspired me to create the Invictus Games [which] never would have been created had I not been inspired by every single one of you, and your companions, and the families for everything that you give to the service of this country."

And the 36-year-old royal insisted the tournament is about far more than just winning.
He added: "It's not about the medals. It's not even so much about the winning, as far as most of us are concerned you guys have already won.

"It is about caring for our physical as well as our mental fitness.

"And that, again, is not just those who wear the uniform, but every single one of you.

"Because as we know, once served, always serving and that goes across the whole family network."

And the First Lady, 70, praised Harry as she reflected on the "humanity" that shone through after the September 11 terror attacks of 20 years ago.

She said: "Twenty years ago our world broke apart and the shockwaves of 9/11 continue today, but as the President and I visited the September 11 memorials this weekend I was reminded of the humanity that shined through the inhumanity of that day.

"There was a call to defend the values we hold dear as we waged a global war on terror and a courageous group of men and women stepped forward to say 'Me, I will go'.

"And that includes you, Harry. You live by a simple principle, serve together, recover together."