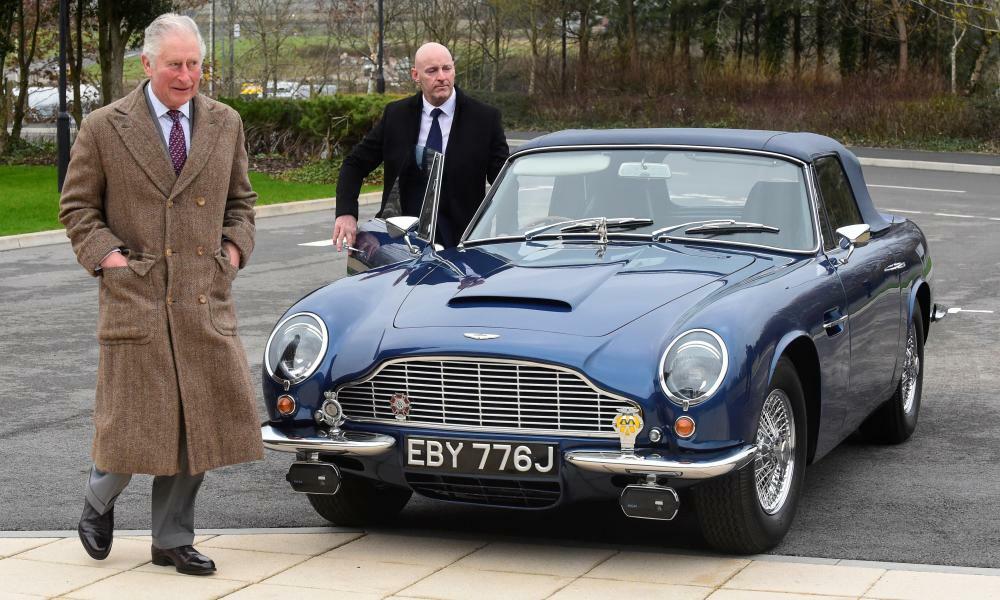 Burnishing his green credentials before the Cop26 summit, it was with pride that Prince Charles revealed that he runs his Aston Martin on “surplus English white wine and whey from the cheese process”.

“I hope he drives caerphilly,” was one response on social media.

Yet while the heir to the throne’s initiative has won some plaudits – as well as mirth – others have pointed out that the particularly niche approach is of little help both nationally and globally. In fact, say campaigners, there would even be significant harms were it to be somehow replicated.

“On a large scale biofuels do more harm than good, driving deforestation and land use change that worsens the climate crisis.”

Not that the streets of the UK are set to be clogged any time soon with vehicles running on leftover Chapel Down or mouldy stilton. To be more precise, the car that Charles has owned for five decades has been converted to run on a fuel blend made up of 85% bioethanol and 15% unleaded petrol, known as E85.

For those willing to make the investment there may be savings in the long term.

But as explained by Dr Chris Malins, a consultant on alternative fuels policy and sustainability, the prince’s case is a “boutique” case that is essentially not scalable as a specific model.

At the same time, he said Charles was in some ways on the front foot. “The UK has a policy which is pushing relatively aggressively towards developing more technology which – if not cheese and wine – then towards using other elements, though food waste really can and will go so far,” Malins said. “It will be necessary though to come up with more advanced technology.”

Meanwhile, campaigners such as T&E emphasise the need to drive less and shift – with government backing – to battery electric vehicles using renewable power. To Greg Archer, it is a solution that within a few years will be available to everyone.

The erratic success of biofuels was illustrated in recent years after Morrisons supermarket phased out its bioethanol E85 filling pump. They were the first of their kind in the UK when they were introduced in 2007, with promotions of the new dispenser tied in with the initial deliveries of the Saab 9-5 BioPower flex-fuel car.

Growth is being gained, however, for the use of hydrotreated vegetable oil (HVO) in other British transport markets, such as in their use by heavy goods vehicles, which are often more difficult or impossible to convert to using other forms of sustainable energy.

Local authorities such as Bournemouth borough council, and Babergh and Mid Suffolk council have also been seeking to cut carbon dioxide emissions by replacing diesel with vegetable oil-based fuel for refuse trucks and vehicle fleets.

Charles made his comments in an interview with the BBC, in which he said that world leaders gathering at the Cop26 summit should take ambitious action on the climate crisis rather than “just talk”, and take notice of how despairing many young people are about the issue.

In the BBC interview, which took place in Prince George’s Wood, an arboretum Charles has planted for his grandson in the gardens of Birkhall, his house on the Balmoral estate in Aberdeen, he also discussed his own efforts to reduce his carbon footprint.

“I haven’t eaten meat and fish on two days a week and I don’t eat dairy products on one day a week,” he said. “If more did that, you would reduce a lot of the pressure.”