‘Pretty Smart’: There are inventive new Netflix shows, and then there’s this 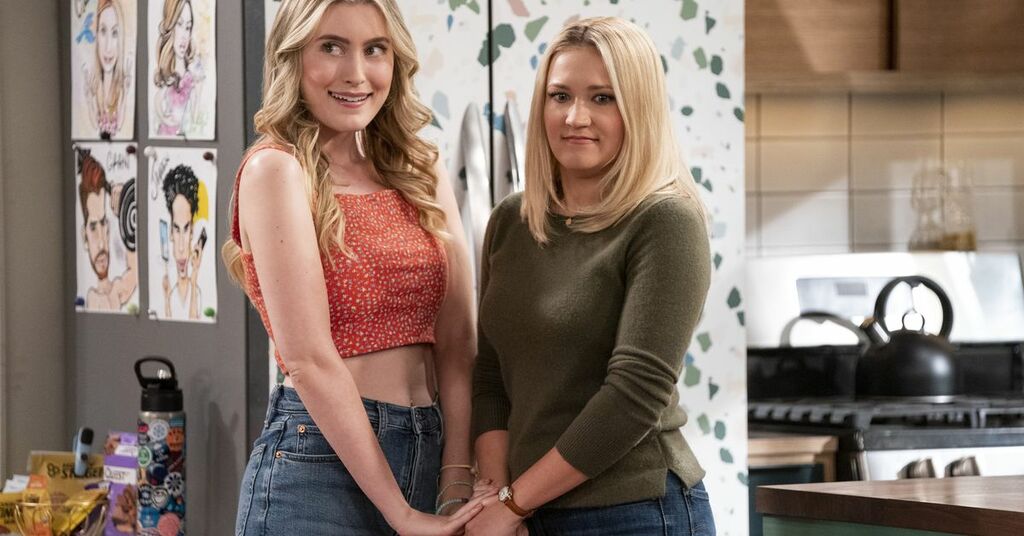 With all the innovative and groundbreaking and binge-worthy programming on Netflix, it’s kind of surprising to see the streaming giant also embrace a slew of standard-issue, throwback sitcoms, from “Alexa & Katie” to “Fuller House,” from “The Big Show” to “The Crew,” from “Country Comfort” to “Dad, Stop Embarrassing Me!” (Come on, Dad!)

These shows all feature the old-fashioned sitcom staples, including the multi-camera setup used on programs from “The Dick Van Dyke Show” through “Cheers” and “Seinfeld” to “The Fresh Prince of Bel-Air”; a primary living-room set with the Staircase to Nowhere; an ensemble cast that usually includes the Wacky Neighbor or the Goofy Sibling, and a canned laugh track designed to simulate a live audience but sounding nothing like a live audience.

Welcome to “Pretty Smart”! And the use of exclamation point is apropos here because this sweet-natured but deeply unfunny show has episodes with titles such as, “Guess What?! Claire’s Sister Is Coming!,” “Yikes! Grant Asked Chelsea for a Favor!” and “OMG! Jayden’s Mom Is Back!” It’s almost as if the showrunners are aiming for a satire of a sitcom — but there’s nothing about the plot points, the dialogue or the acting styles to indicate that.

“Pretty Smart” kicks off with the brainiac Chelsea (Emily Osment from “Hannah Montana” and “The Kominsky Method”) moving to California and staying with her upbeat and daffy sister Claire (Olivia Macklin), a waitress in a hipster coffee shop/diner, and Claire’s roommates: the hunky, often shirtless Grant (Gregg Sulkin), a personal trainer; the theatrically effusive Jayden (Michael Hus Rosen), a social media influencer, and the flighty and spiritually inclined Solana (Cinthya Carmona), who has embarked on a new career as a healer, with Tarot cards and incense and stuff like that. What a bunch this is, living in a two-story house with a backyard patio — a place that looks to be worth millions. Not since “Friends” have we seen such disparity between characters’ income and living quarters.

In the pilot, Grant is doing curls in the living room as Claire exclaims, “I can’t believe Chelsea is moving to L.A., it’s so exciting.”

Everyone on “Pretty Smart” is so chipper, it’s as if they’re in a cult. And with the exception of the book-smart Chelsea — who just might learn a thing or two about life before all is said and done — they’re all really, really dumb. When Chelsea says of Grant, who is holding a hammer, “Someone’s not the sharpest tool in the shed,” Grant replies, “Actually, it’s a hammer, it’s not meant to be sharp. And we don’t have a shed. Or do we, and I just never noticed?” Did Grant get dropped on his head, multiple times, as a child?

“Pretty Smart” follows the modern sitcom formula of giving us a main plot and a couple of subplots in each episode, with lots of pop culture references sprinkled about. In one chapter, Jayden is going to a Laura Dern drag party and ponders which wig to wear: “I was thinking about going as ‘Jurassic Park’ Laura Dern, but it’s just so frumpy. What do you think about ‘Wild at Heart’ Laura Dern?” On another episode, Grant finally sees “Titanic” and proclaims, “It’s crazy what people come up with!”

Because he doesn’t know it’s based on a true story. Because he’s dim. Get it? Got it.