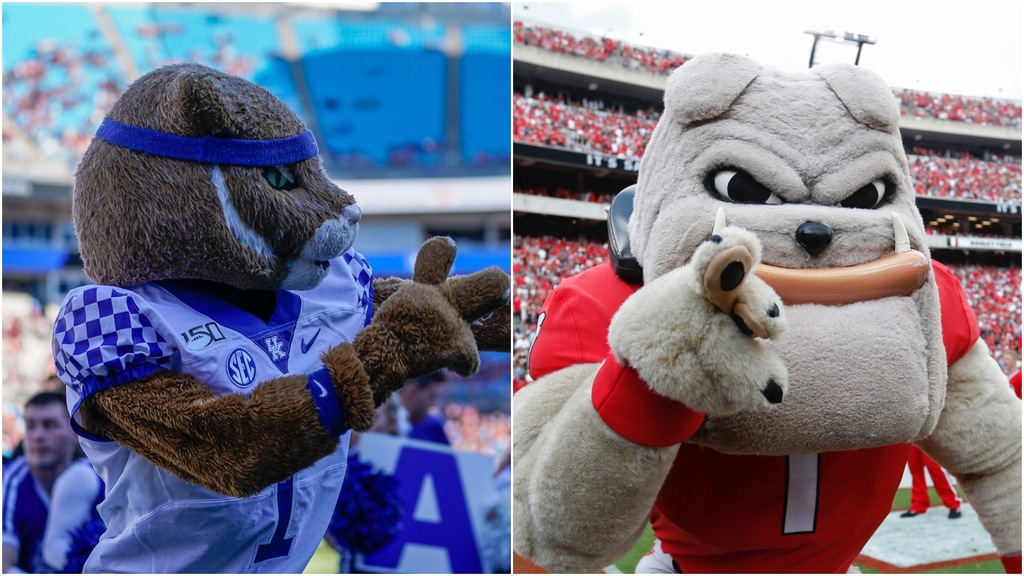 Halfway through college football’s regular season, everything is a chaotic mess — which we here at For The Win love and encourage. And with typical powerhouse teams and College Football Playoff regulars like Alabama, Clemson and Ohio State already taking at least one loss, you might be asking yourself, “Well, is anyone still undefeated?”

Despite some madness throughout the first half of the season, there are still 13 FBS teams with perfect records going into Week 7’s matchups. And after this weekend, it’s guaranteed that number will drop at least to a dozen because two undefeated SEC teams play Saturday to knock each other off.

Other than that, we can’t predict the future, as nice as that would be. But that’s not stopping us from attempting to educatedly guess which currently undefeated FBS teams will fall for the first time this weekend.

As it stands ahead of Week 7, the Big Ten is out front with three undefeated teams: Iowa, Michigan and Michigan State. The SEC has two — and again, they play each other this weekend — along with the Big 12 and American Athletic Conference. And the ACC, Mountain West, Sun Belt and Conference USA each have one.

So which teams will stay undefeated after Week 7? Well, a lot of them actually because there are several byes this week.

Here are our predictions for this week’s undefeated teams, based on their upcoming opponents, how they’ve played so far, ESPN’s Football Power Index projections and betting info from Tipico Sportsbook. (All games are on Saturday unless otherwise noted.)