The families of Ukrainian prisoners of war being held in a jail in Russian-occupied Donetsk that was bombed said they are desperate for news.

The prisoners include members of the Azov battalion who were trapped in the Azovstal steel plant in Mariupol, according to earlier statements by Russia’s ministry of defence. The prison is located in the town of Olenivka, just 10 kilometres from Ukraine’s frontlines.

“At the moment, my husband is not on the lists and I believe that he is alive,” said Alina Nesterenko, whose husband was taken to the prison in Russian-occupied Donetsk after surrendering at Azovstal. “But lots of the guys are dead, lots of the guys are injured in Olenivka [prison].”

Russia has released lists of 75 wounded and 50 dead – though they have not been confirmed by Ukraine’s authorities or the International Committee of the Red Cross (ICRC), who were monitoring conditions at the prison.

“It’s unclear what happened but you can’t bring people back to life,” said Nesterenko.

The jail holding Ukrainian prisoners of war (PoWs) was bombed on Thursday night, killing at least 50, according to both the Ukrainian and Russian authorities.

Russia and Ukraine have blamed each other for the attack.

Ukraine said Russia carried it out to cover up its mistreatment of PoWs. The prisoners should have been protected by guarantees secured by the United Nations and the Red Cross, said Volodymyr Zelenskiy. He joined his foreign minister, Dmytro Kuleba, in urging those organisations to intervene and investigate.

Meanwhile, Russia’s occupying authorities have blamed the attack on Ukraine, saying it used a US-supplied Himar to strike the facility in order to deter Ukrainian forces who might be considering surrendering. The Twitter account of Russia’s embassy in the UK called for Azov’s fighters to be executed by hanging rather than firing squad as “they are not real soldiers”. The statement has been criticised by commentators in the UK.

It is impossible for the Guardian to verify the versions put forward by either side.

Ukraine’s western partners appear to be on its side. The European Union’s high representative, Josep Borrell, blamed Russia for the attack in a statement on Friday. Borrell also condemned videos that have been circulating on pro-Kremlin media networks of a Russian soldier castrating a Ukrainian soldier.

Aric Toler, from the investigative group Bellingcat, said the footage showed no signs of editing or manipulation and that it was possible to identify the perpetrator.

The International Committee of the Red Cross asked on Friday for access to the prison site and to evacuate the wounded.

On Saturday, Russia invited experts from the UN and the Red Cross to probe the deaths. In a statement, its defence ministry said it was acting “in the interests of conducting an objective investigation” into what it called an attack on the jail earlier in the week.

Nesterenko could not be sure her husband was safe as she had not heard from him since he left Azovstal, with matters complicated by the fact that Russia has refused to confirm his status in the prison.

She said he was one the first to come out of Azovstal but the ICRC was not yet present. Since then, she said, she had completed the necessary ICRC forms and the Ukrainian side have confirmed he is a prisoner in Olenivka but Russia has not.

“I know he’s a prisoner in Olenivka because I’ve periodically seen him in different photographs and videos of the cafeteria and in lineups,” said Nesterenko. “All [our] guys are almost unrecognisable, they look exhausted, thin, pale and their skin has gone some sort of yellow colour.”

Though some of the families believed their loved ones had survived, others were nervously awaiting news from the responsible Ukrainian authorities, she said.

“Three of us haven’t heard anything (from the Ukrainian authorities) so we assume they are fine, another girl’s husband was wounded and then there’s another whose husband was in the barrack that was hit but she has not heard anything,” said Nesterenko.

“Under the Geneva convention they are allowed a phone call every two weeks, this has not happened,” said Nesterenko.

She said work towards a prisoner exchange had seemed to have stalled since 144 heavily wounded fighters were exchanged in June.

Relatives of Ukrainian PoWs from Azovstal called on the world to recognise Russia as a state sponsor of terrorism “which violates the rules of warfare and does not comply with the Geneva conventions”.

The statement further called on the ICRC and the UN, as guarantors of the Azovstal surrender, to travel to the prison to investigate what happened, check on the wounded and facilitate the transfer of bodies. 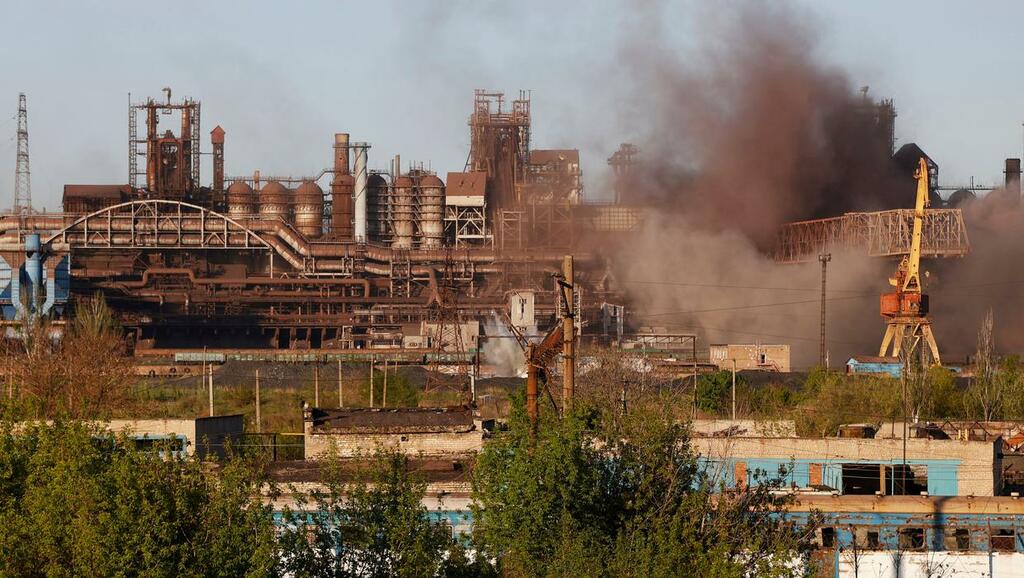 Irish Independent
From analysis to the latest developments in health, read the most diverse news in one place.
Russia Says Shelling Killed Dozens of Ukrainian POWs

Ukraine president says more than 50 people died, as Moscow and Kyiv accuse each other of being behind attack on…

Russia and Ukraine trade accusations after dozens of Ukrainian prisoners of war were killed in Russian-occupied Donetsk.

Ukraine's president urged civilians on Saturday to evacuate the frontline Donetsk region, the scene of fierce clashes with the Russian…

Asharq Al-Awsat
One place to find news on any topic, from hundreds of sites.
Ukraine urges UN and Red Cross to investigate prisoner of war deaths after rocket strike