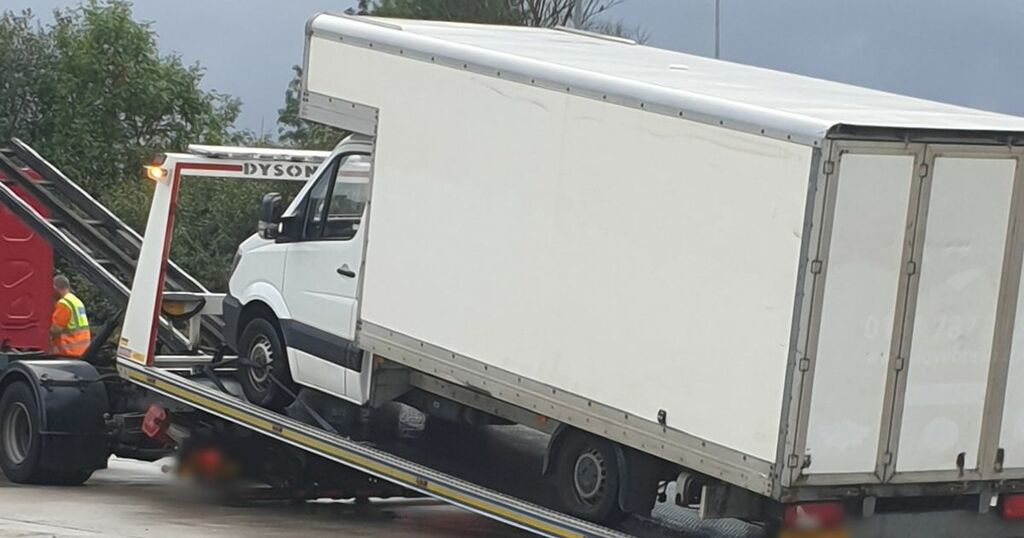 Traffic officers have seized a van after it was found to be over the legal weight limit.

Greater Manchester Police stopped the vehicle on the M62 and quickly ascertained that it was exceeding the rear axle weight limit.

"Found to weigh in at 71% over its rear axle weight, massively effecting its stability," GMP Traffic said of the van.

Read more: Man called 999 and said he was going to blow up Arndale centre with bombs in his shoes

Subsequent checks confirmed that the driver was in possession of an expired provisional licence and had no insurance. The vehicle did not have a valid MOT either, police said.

The driver was penalised by traffic officers.

No details were shared about the van's contents.