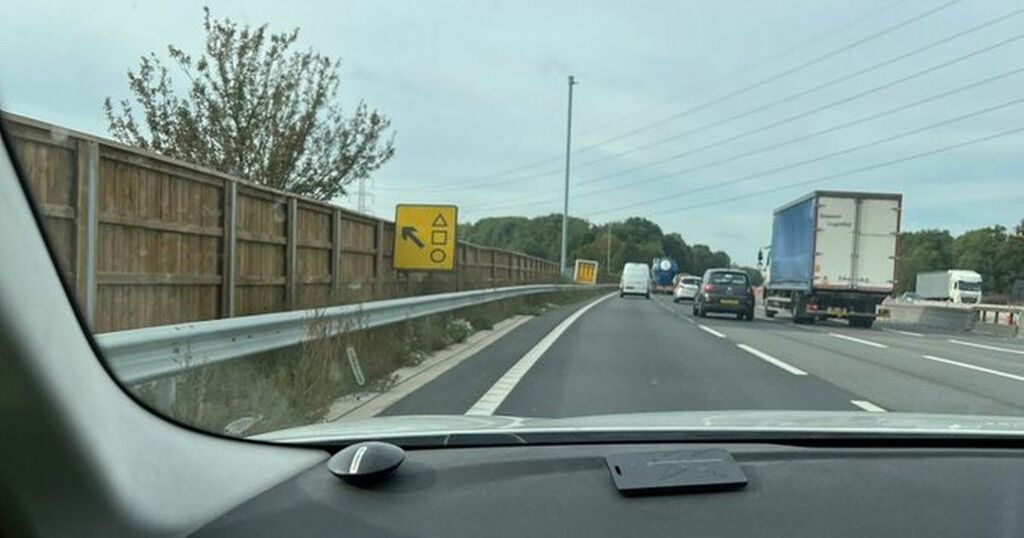 Motorists have been reassured by police that a diversion sign will not lead them to Squid Game after drivers spotted that it contained the same three symbols featuring in the hit Netflix series.

The show, set in South Korea, sees debt-ridden contestants compete in childhood games for a huge cash prize, but the challenge comes with a brutal twist, with those who take part paying with their lives if they lose.

Players are invited to the game by being handed a mysterious business card featuring a circle, a triangle and a square, with the same shapes also featuring on the masks of those who run the games and carry out the executions.

Get the news you want straight to your inbox. Sign up for a Mirror newsletter here.And drivers on the M4 were left intrigued after spotting a yellow sign with the same symbols leading them off the motorway - before police took to social media to inform them that the life or death game was not being hosted in Slough.

Thames Valley Police Roads Policing Twitter account issued a message to say: "Evening all. So, we can confirm that by following this signage from the M4 Junction 5 in Slough will not lead you to the popular Netflix series Squid Game.

"It's just directions for diversion routes during the roadworks…phew!"

Circles, triangles, squares and diamonds are used on road signs to map out emergency diversion routes, and are usually covered up to be unveiled in situations such as road closures to guide drivers around the issue.

When one social media user joked the police must have followed the sign to find out that it didn't lead to Squid Game, the force responded to say: "We might have, but we made sure we didn’t choose the umbrella!"

A second replied to say: "You mean it's not an invitation card?! Nooooo."

A third wrote: "What a relief" and another asked: "So what do the shapes mean?"

Squid Game has overtaken Bridgerton to become Netflix's most successful launch, with 111 million viewers watching the series in its first month.