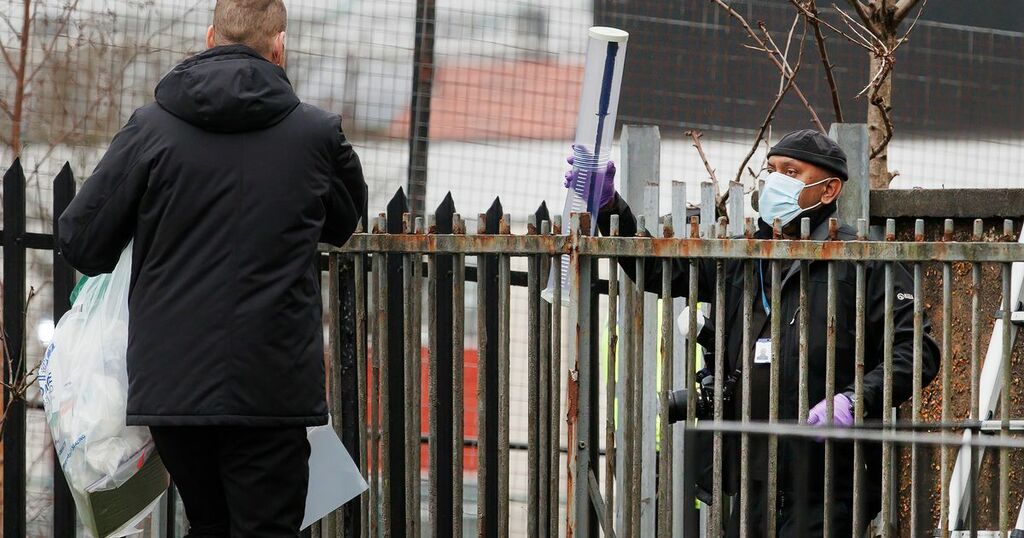 A shocking image shows police recovering a large knife from the scene of where a man was repeatedly stabbed in the head in Glasgow.

The photo shows an officer handing over a huge blade in an evidence bag in the Milton area of the city.

Detectives swarmed Skerray Street after a man suffered serious head injuries following a violent attack at around 2.10pm on Sunday.

Police are now probing the horror incident and have taped off the area as investigations continue.

Shocked locals told the Daily Record how a man had been repeatedly stabbed in the head as their street was turned into ‘a warzone’.

The attack on the man took place just hours before a van was deliberately set on fire yards from the crime scene and police cordon.

Detectives were forced to scramble to the blaze on nearby Longay Street at 8.36pm as it ripped through the parked Highway Maintenance vehicle.

A Police Scotland spokesperson said: "Police were called around 2.10pm on Sunday, January 9 following the report of a man found injured on Skerray Street, Glasgow.

"Emergency services attended and a man was taken to hospital for treatment of injuries.

An SFRS spokesperson said: “We received a report of a fire at 8.36pm on Longay Street, Glasgow.

"One appliance is currently in attendance."