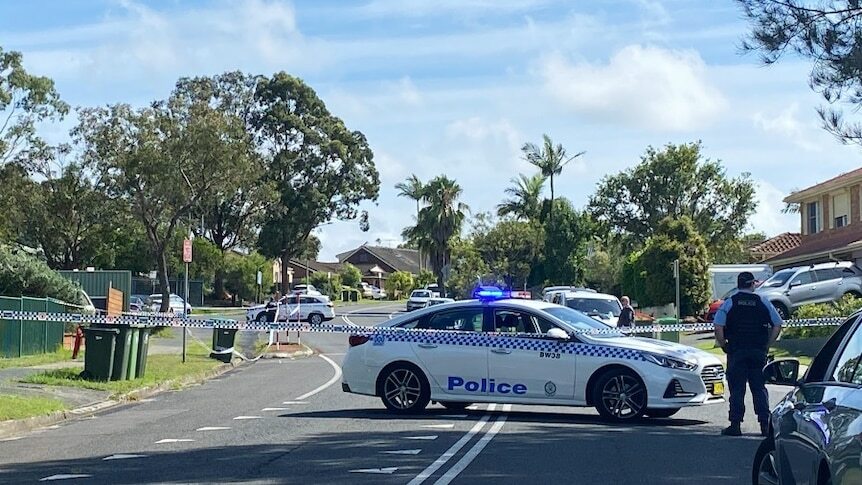 A 13-year-old boy has been charged with the overnight stabbing murder of a boy the same age on the NSW Central Coast.

Emergency services were called to Langford Drive, Kariong, about 11pm yesterday and found the 13-year-old with stab wounds to his chest.

Desperate witnesses had performed CPR on the boy before the paramedics arrived.

The child was flown to Gosford Hospital in a critical condition but died soon after.

Brisbane Waters' Police Commander, Detective Superintendent Darryl Jobson, said the two boys knew each other and met in Kariong last night in a group, before one of them repeatedly stabbed the other in the chest with a kitchen knife.

"This is an incident of tragic proportions and the lives of many have changed forever," he said.

"We are talking about two young males, 13 years of age, I'm very conscious of the sensitivities around that, particularly around identifying those males.

"We believe that there were about six witnesses, at the incident last night — can I make an appeal to members of the public who saw this incident, or who have information, to come forward, contact Crime Stoppers or Gosford Police Station," he said.

Police established a crime scene and another 13-year-old boy was later arrested at a nearby home and taken to Gosford Police Station, where he was charged with murder.

The teenager was granted conditional bail in the children's court today and must report to police twice a week.

He must spend each night at his family home, not leave the home without a parent or carer, and must not enter the Central Coast for any reason other than attending court.

He must not go near, nor try to contact, any member of the victim's family nor access any form of social media.

Investigations continue and anyone with information should call Crime Stoppers on 1800 333 000.