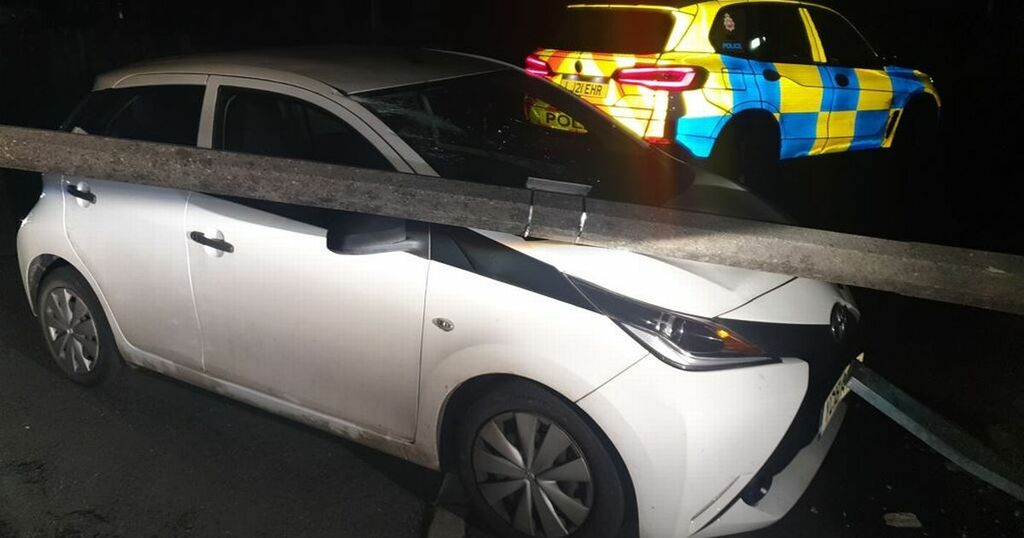 A vehicle was pursued by police in Salford following reports of ‘men with knives’ trying to unlock car doors.

Officers were called to the Eccles on Friday evening (November 19) after receiving reports about the men.

An Aygo vehicle was spotted in the Monton area by patrolling officers, who then pursued the vehicle for more than ten minutes before it crashed.

Read more: Boy, 5, 'traumatised' after armed gang smash into bathroom where he was hiding in terrifying raid on family home

Officers later detained the driver, with assistance from the GMP Dogs Unit and National Police Air Service, and recovered a knife.

The driver also failed a drug test. A passenger was also detained when he abandoned the car during the pursuit.

The GMP Traffic Twitter account posted about the incident, writing: “Following reports of males with knives trying car doors in Monton Eccles, #XT18 spotted this Aygo in the area.

“It would be pursued for over 10 mins. On crashing the driver would be detained with the help of @GMPdogs + @NPASNorthwest also recovered was a knife! FSP also arrested!

“The passenger had been detained by our dog handler with PD Hunter when he abandoned the car during the pursuit!