Fifty-seven percent of small-business owners expect economic conditions in the U.S. to worsen in the next year, up from 42% in April and equal to the all-time low recorded in April 2020, according to a survey of more than 600 small businesses conducted in May for The Wall Street Journal by Vistage Worldwide Inc., a business-coaching and peer-advisory firm.

The measure is one part of a broader confidence index that in May posted its largest year-over-year drop since the Covid-related shutdowns of April and May 2020. Despite rising prices, the portion of small businesses that expects revenue to increase in the coming year fell to 61%, down from 79% in May 2020.

“It just feels like there are all of these factors that are out of our control, and it doesn’t seem like there is a light at the end of the tunnel," said Minnie Luong, owner of Chi Kitchen, a manufacturer of kimchi and other fermented Asian-flavored vegetables.

The Pawtucket, R.I., company, which has eight employees, has faced a roughly 50% increase in raw-materials costs and shortages of glass jars used in packaging. Ms. Luong raised prices for wholesale retail accounts by 5% in May. It was the company’s first increase for those customers in its seven-year history, but not enough to cover rising ingredient costs.

Sales have slowed in recent weeks, said Ms. Luong, who isn’t sure if the May price increase, seasonality or a pullback in spending is to blame. “I don’t know what it is, but I don’t like it," she said.

Small businesses are often the first to feel the effects of an economic downturn. Reports of diminishing optimism are coming from a variety of sectors, from manufacturing to consumer products and services.

“Customers that would typically buy a truckload are buying half a truckload," said Drew Bahner, chief executive of Expanded Solutions, an Oklahoma City-based manufacturer of expanded metal products used for industrial applications, fencing and other security needs, and patio furniture. “We are not losing business. They are not seeing the business."

Large companies also are feeling the strain of supply-chain problems, rising prices and labor shortages. Walmart Inc., the country’s largest retailer by revenue, said sales increased in the most recent quarter, but higher product, supply-chain and employee costs ate into profits. Target Corp. posted lower quarterly earnings last week as supply-chain costs and inflationary pressures ate into profits. Those chains are also seeing signs that consumers are beginning to curtail spending, particularly on discretionary purchases, as they deal with higher prices for fuel and other expenses.

Small businesses tend to have smaller cash cushions than big companies, making it tougher to weather economic storms. Many entrepreneurs say they have been worn down by more than two years of managing Covid-19 and a variety of economic challenges. Government-aid programs, which helped offset the economic pain, have largely run dry.

“I call it a roller coaster without the lock bar down," said Schuyler Northstrom, chief executive of Uinta Mattress Inc., a Salt Lake City mattress manufacturer. Uinta has redesigned its mattresses to reduce production costs, but net profit margins have dropped to 5% versus 25% three years ago amid rising expenses for materials, labor, rent and transportation. Sales have weakened this year as consumers pare back on purchases of nonessential items.

The 15-person company received some relief from loans through federal pandemic-aid programs but was denied additional funds that Mr. Northstrom said it needed for capital improvements and inventory.

“We are at a point where we have to make a decision whether we continue to operate," Mr. Northstrom said. “We are going to give it as much as we can."

Many small businesses remain optimistic or neutral about the outlook, amid factors such as low unemployment, strong consumer spending and demand for workers at historic highs. Twelve percent of businesses surveyed said they expected economic conditions to improve and another 28% said they would stay about the same.

“I am bullish about the economy," said Sally Bryant, whose executive-search and leadership consulting firm in Irving, Texas, has grown from four employees at the start of 2020 to a dozen today.

Covid-19 remains a source of disruption for small-business owners, as illness and exposures among clients and employees continue to trigger cancellations and rebookings. Labor shortages are another challenge. “If I could hire five people today, I could put them to work tomorrow," said Mindy Godding, co-founder of Abundance Organizing, a provider of household decluttering and organizing services and senior moves.

Ms. Godding said she worries that budget-conscious seniors may pull back their spending because of economic concerns and that rising interest rates will slow home purchases, another source of demand. She now expects revenue to grow by 5% to 8% this year, not the 11% she projected at the start of the year.

“We don’t spend much time thinking about our long-term goals anymore," Ms. Godding said. “We are just trying to get through the next couple of weeks."

Employment among firms with fewer than 50 employees declined in both February and April, while head counts continued to increase at larger firms, according to ADP payroll data. Eighty-eight percent of small-business owners said that hiring challenges had gotten worse or stayed the same since January, according to a survey of more than 1,100 small businesses conducted in April by Goldman Sachs.

More than three-quarters of small-business owners who reported difficulty recruiting qualified workers said that they are struggling to compete with larger employers on pay and benefits, according to the Goldman Sachs survey.

Some entrepreneurs have become more cautious about hiring as economic worries have grown. Andrew Shore, owner of Sea Pointe Design + Remodel, a residential remodeling firm in Irvine, Calif., had expected sales to increase by about 15% this year after climbing more than 40% in 2021. Now, he thinks sales will be closer to flat by the end of the year.

“My concern is that in the last six-to-eight weeks things seem to be softening," Mr. Shore said. “We have had a number of people who have been in the pipeline for months and are balking." He noted one client that recently canceled a $900,000 home renovation because of worries about the economy and the stock market.

After struggling for months to meet his staffing needs, Mr. Shore last week put a temporary hold on hiring. “I really want to see how the next three or four months go before we hire anyone else and be overstaffed rather than understaffed," he said. 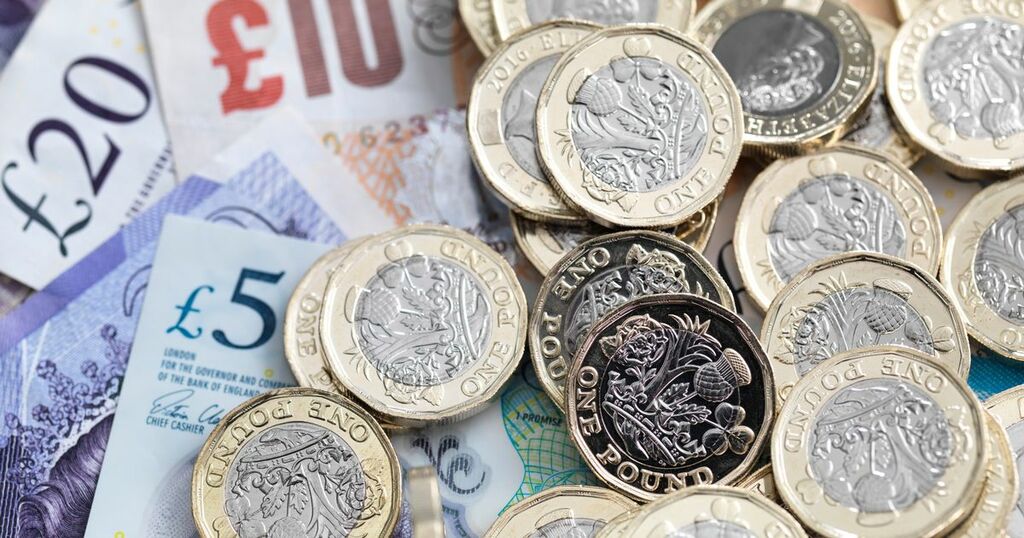 Wales Online
One subscription that gives you access to news from hundreds of sites
Will a $15.50 minimum wage hurt or help California's economy?
California's minimum wage is likely to rise to $15.50 an hour in January because of inflation, said Gov. Gavin Newsom…