The Prime Minister is standing by his decision to push ahead with the religious discrimination act without making changes to protect gay students at the same time.

The government attempted to pass the legislation earlier this year, with Scott Morrison saying it would better protect faith communities from religious discrimination.

Plans were also put in place to amend a section of the sex discrimination act (SDA) at the same time so students would not be expelled on the basis of their sexual orientation.

Those changes were introduced after concerns were raised by Labor and some moderate Liberals about the need for protections for LGBTQI children in religious schools.

However, Mr Morrison has said he will handle the matter differently if re-elected. And on Saturday he defended his decision to push ahead with the religious discrimination act (RDA) as a standalone piece of legislation.

"We will deal with RDA first."

The promise to introduce the RDA was made before the 2019 election.

Mr Morrison was on Saturday asked to provide a new time line on how he would handle the matter if he won this time around.

"Let's see what happens at the election and let's just see what the Australian people decide," he said.

Moderate Liberals have made clear their desire for the government to handle the RDA and changes to the SDA at the same time.

Mr Morrison was asked if his decision not to address protections for gay students at the same time would inflame tensions within his own party.

Senior government minister Sussan Ley was pressed on whether it was appropriate to keep the issues separate. She insisted it was not something to discuss during the election campaign.

"As I understand, those two issues will be treated separately after the election," she said.

"Right now we are not painting a picture of what we might do in government after the election. We are working very hard every day between now and May 21," she said.

Her comments come despite the Prime Minister spending the past four weeks outlining what a Coalition government would do if re-elected. 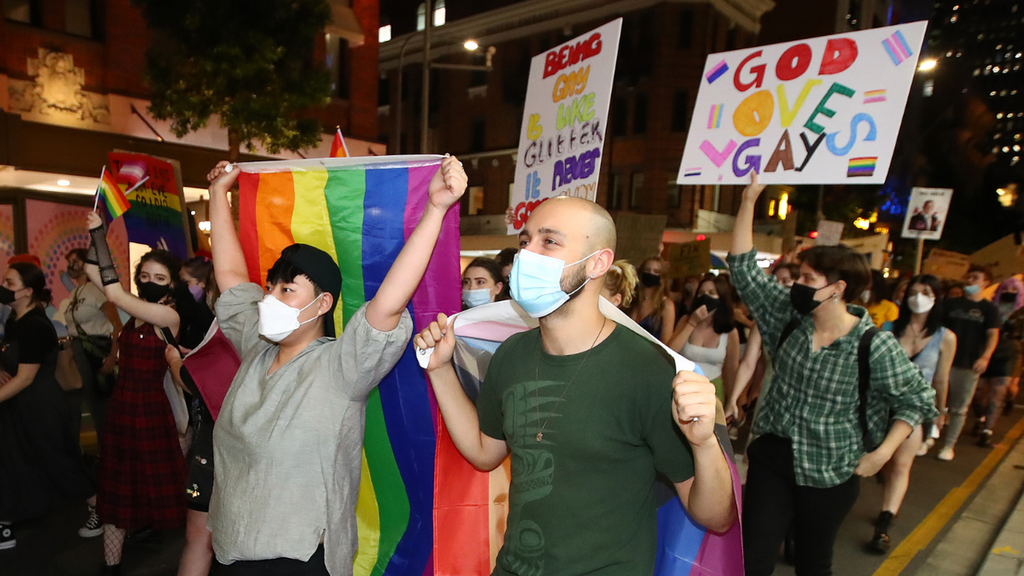 Pedestrian.tv
One subscription that gives you access to news from hundreds of sites
Prime Minister Scott Morrison says schools not expelling gay students, doubles down on religious discrimination bill

Prime Minister Scott Morrison says gay students are not being expelled from religious schools, doubling down on re-introducing the failed…