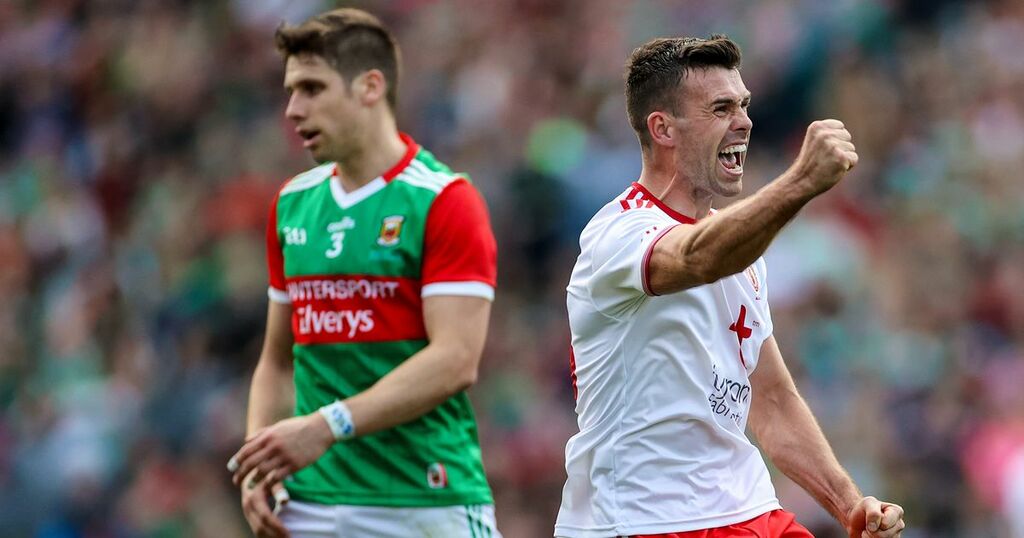 Tyrone are All-Ireland champions after beating Mayo in Saturday's final.

The Red Hand were clinical and composed as Mayo again stuttered in another final chance.

Tyrone won their first All-Ireland since 2008 and here is how they rate.

Nervy start but steadied to form part of a very solid defensive showing.

Won his duel with Aidan O’Shea, prevented a goal, got forward to set up a point too.

Reasonable, but conceded a free and a penalty which could have been costly.

Snuffed out Kevin McLoughlin, spectacular marked point in the second half.

Didn’t quite scale the heights of previous games but another decent shift.

A strong option on long kickouts, helped Tyrone get a foothold in the middle.

Big fetch which led to Tyrone’s second goal and effectively the winning of the match.

Limited Paddy Durcan’s influence and was to the fore late on as Tyrone sealed the win.

Cleared the ball off the line and kicked 0-2. Significant contribution.

Mixed the good with the bad but was a constant threat throughout.

Scored a nice first half point but little else of note to report.

Driving run for second goal but, again, struggled outside of that.

Capped a fine season with a decent display, saves from McCurry and Canavan the highlights.

Fortunate to avoid a first half black card, struggled with McCurry. Had his moments too.

Mayo’s finest on the day. Continually carried the fight, heroic effort from a magnificent player.

Fortunate to keep his place, his race was run by half-time.

One of a number of Mayo’s big players who didn’t quite deliver.

Dealt with Mattie Donnelly, kicked a huge point, turned in a big second half.

Rustiness showed at times but decision to start him didn’t backfire.

Big season but Mayo needed more from him. Misery compounded by late red.

Fluffed a first half goal chance and had two draining misses in second half.

Didn’t impose himself on the game, seemed to pass him by.

Had a reasonably productive second quarter but peripheral otherwise.

Sloppy performance, wild shot at goal in second half didn’t even yield a point.

Didn’t get much change out of Peter Harte, frustrating evening all round.

Decent showing against a Tyrone defence that made scores hard-earned.

Penalty miss will colour his performance but he did much more right than wrong.