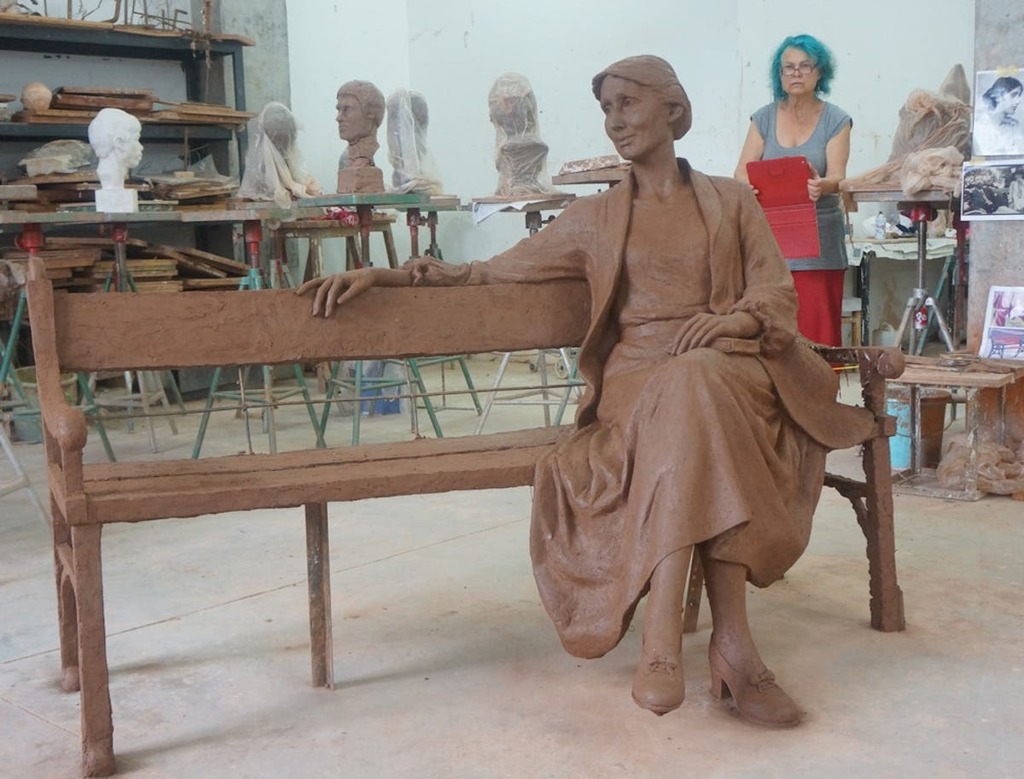 A planned statue of Virginia Woolf looking out to a river has been criticised as “insensitive and reckless” by a local conservation group.

Once positioned, the bronze artwork would show the pioneering author gazing over the River Thames in Richmond, southwest London.

But the prospect of a statue so close to the water is proving controversial because of Woolf’s death by suicide from drowning.

Barry May, chairman of the Richmond Society, said while Woolf was a “distinguished author, an icon for the feminist cause and a famous resident … placing it on the riverside would be ill-advised, insensitive and reckless…”

He said: “She drowned herself in a river at the age of 59 after a history of mental illness which blighted her life.

”A figure reclining on a bench gazing over the water might distress anyone who knows her story and is in a vulnerable state of mind.”

Woolf, who authored books including Mrs Dalloway, A Room of One's Own and The Waves, took her own life in a Sussex river in 1941.

It has the backing of Aurora Metro, an independent publisher and charity, which said any effort to change the location “comes across as an attempt to push people like her out of sight”.

“This cannot be done if the statue is tucked away on a residential street.”

Conservative councillor Kate Howard said it was “poignant to have a statue near the river as a reminder of how easily water can overcome you”, while Liberal Democrat councillor James Chard said: “People should not be defined by the existence of mental health issues that they’ve had and by the manner of their death, and to move it away from the proposed location would be to allow Virginia Woolf to be defined in that way”.

Born in 1882, Woolf was a member of the Bloomsbury set of writers. Despite a prolific career, she suffered from bouts of depression and drowned herself in the River Ouse in Sussex in 1941. She lived with her husband in Richmond between 1915 and 1924.