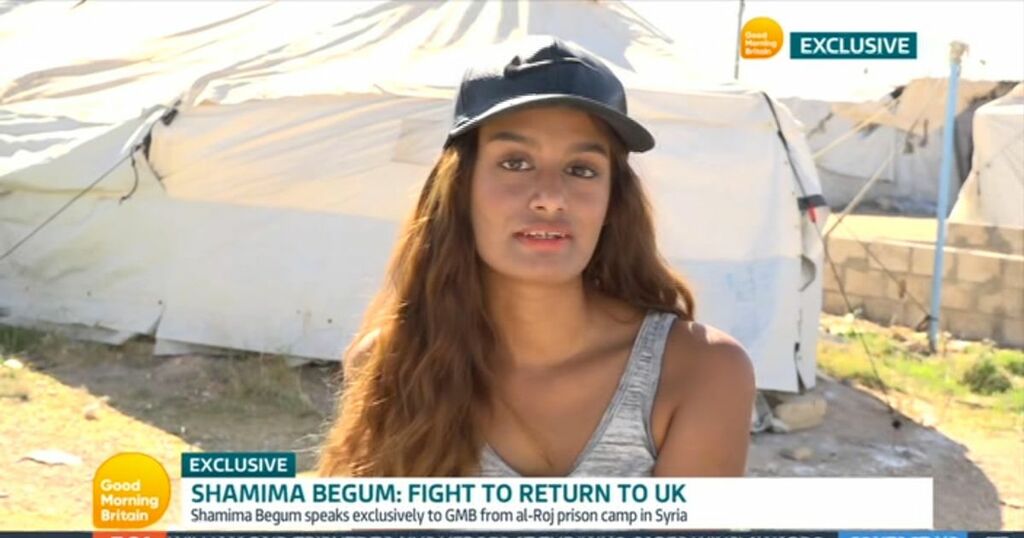 Piers Morgan said it was a good job he didn't interview ISIS bride Shamima Begum on GMB - admitting he'd have lost his temper.

The former GMB host was clearly dismayed after Shamima appeared on the ITV breakfast show this morning appealing to the British public to forgive her.

Shamima was interviewed by Susanna Reid and Richard Madeley as she guested on Good Morning Britain via video link.

And the 21-year-old was dressed in Western clothes with a baseball cap and vest top, her hair visible along with painted nails as she begged for forgiveness for her "mistake".

Piers tweeted: "Just as well I’m not interviewing this lying, snivelling, cold-hearted, self-serving ISIS bride monster or I’d have seriously lost my temper by now. Begum should never be allowed back to Britain. Let her rot in the terror bed she made for herself."

Many people agreed with Piers whilst others said she had a right to be tried in Britain.

One said: "She should face it in the country she committed her crimes. Syria."

Another added: "My thoughts exactly. I wish you were interviewing her. She needs someone like you to interview her."

A third posted: "This is the first time I’ve happened across GMB since you left and my first thought was we need Piers here right now!"

A fourth wrote: "Omg I was just chundering to myself about if we ever needed @piersmorgan more we need him now. These questions are too gentle and it is uncomfortable to watch."

Another ventured: "Whatever she is or has done, she's British and we shouldn't shirk our responsibilities and create two-tier citizenship. Get her to a British court and put her in a British jail, if she's found guilty."