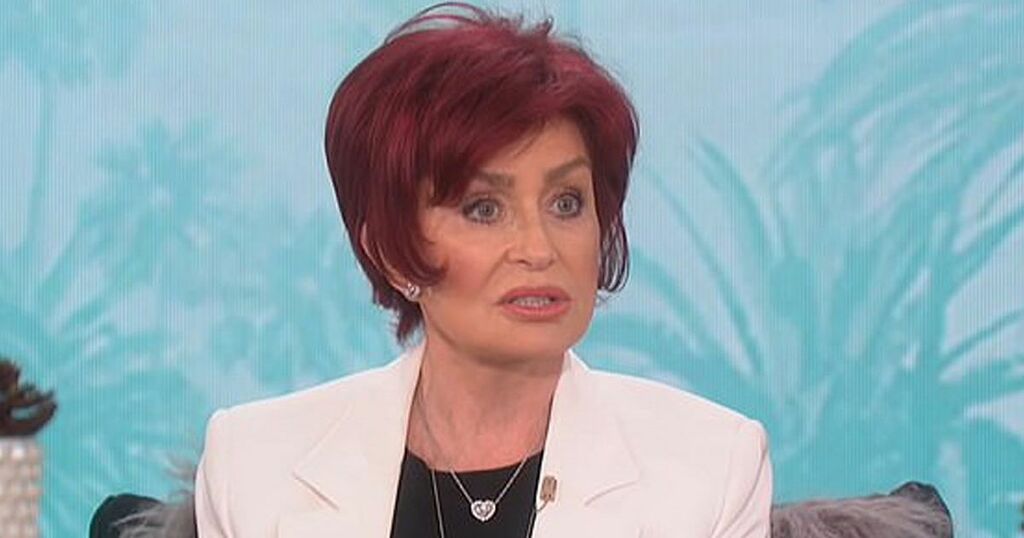 Sharon Osbourne has spoken about her surprise exit from US panel show, The Talk, amid controversy over purported racist comments this year.

The 68-year-old former X Factor judge has accused CBS producers on the show of leaving her to face the backlash alone and hanging her out to dry as she felt that she was set-up by her co-stars for the sake of controversy on the show.

Sharon faced being "cancelled" on social media and had months of ketamine therapy after the ordeal as she came to terms with what happened.

Now she has spoken about it, her close friend Piers Morgan has showed his support once again after it was his comments about Meghan Markle that prompted her to make, what was deemed, controversial comments.

Attaching a link to Sharon's interview, Piers wrote on Twitter : "What happened to @MrsSOsbourne remains a shameful scandal."

In March, Sharon exchanged words with co-star Sheryl Underwood during the live show as the discussion became heated as Sharon defended Piers after he was labelled a racist for his comments about the Duchess of Sussex.

"A journalist friend of mine who wrote something that people didn't like and then a few crazies out there, some thugs go - 'you must be racist, that's why you're saying it' - about my friend Piers. It's like, come on."

She believes that the situation was not impromptu and has claimed that the show executive had told her co-hosts to help provoke a controversial moment on the show.

Sharon said: "They all knew the question and they all knew what was going down. I felt totally betrayed.

"We had a disagreement and I told [Sheryl] she shouldn't be crying, it should be me that should be crying and that didn't go down well.

"Then in the commercial break, she wouldn't talk to me. I was begging her to talk to me and she wouldn't, and basically I said, go f**k yourself."

Sharon added about the controversy: "I would say that to any one of my friends. When you say it to a friend, it's different than saying it to somebody, a stranger.

"If you can't get real with somebody who you've worked alongside for 10 years, then then you don't have a friendship, and that's the way I look at it."

Sharon had been on The Talk for 11 seasons before she quit the show amid the fallout and she has vowed to never speak to her former co-star again.

Hitting out at the producers and the TV network, Sharon added: "To leave me for 20 minutes on live TV ... on live TV ... unprepared, not produced, not knowing what's going on.

"Wait, where's their apology to me? They could have cut at any time and gone to a commercial break, and why didn't they cut?

"So they thought, well, she's got the biggest following. Let's go for her."

Speaking about the reaction of the network, Sharon said: "I felt totally betrayed, not protected by CBS. I felt used. I felt like an old shoe.

"They didn't care. It was a set up and it was set up by one of the executives."

After Sharon left the show, CBS issued a statement which they have referred to again after her allegations.

The statement read: "Sharon Osbourne has decided to leave THE TALK.

"The events of the March 10 broadcast were upsetting to everyone involved, including the audience watching at home.

"As part of our review, we concluded that Sharon’s behaviour toward her co-hosts during the March 10 episode did not align with our values for a respectful workplace.

"We also did not find any evidence that CBS executives orchestrated the discussion or blindsided any of the hosts."