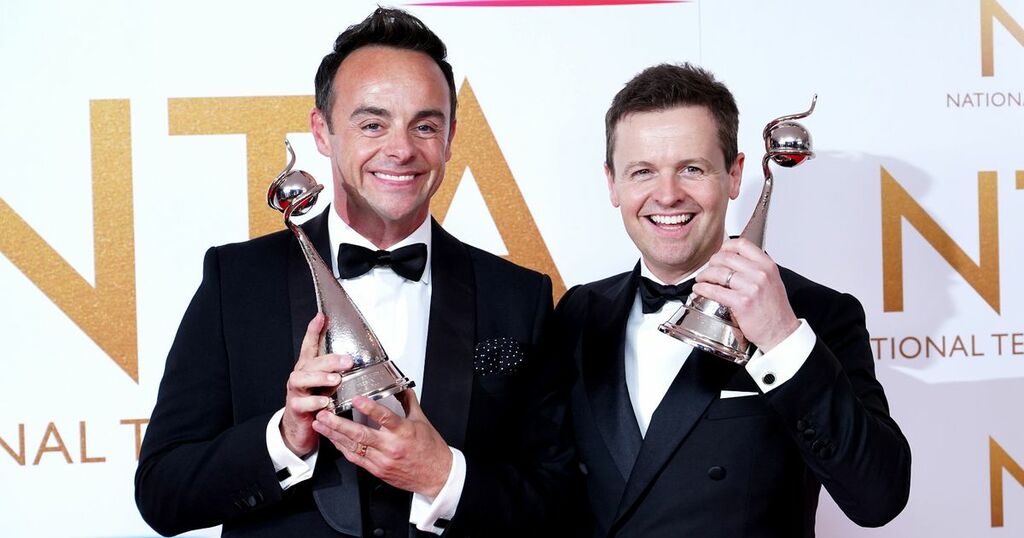 Piers Morgan left a cheeky Twitter message for rivals Ant and Dec after losing out on a National Television Award on Thursday night.

The former Good Morning Britain host couldn't resist taking a swipe after it was confirmed that Ant McPartlin and Declan Donnelly had won their 20th Best Presenter award in a row.

The Geordie pair beat out competition from Piers as well as This Morning hosts Holly Willoughby and Alison Hammond as well as the presenter of The Chase, Bradley Walsh.

"Wow! What a shock! Congrats to Ant & Dec," the ex newspaper editor fumed on Twitter.

Earlier in the day, Piers confirmed he wouldn't be attending the bash - with fans convinced that had meant he had lost out.

Piers felt he deserved the win the award as he claimed Ant and Dec hadn't done "anything special" over the past 12 months.

"I deserve to win because everyone’s sick and tired of Ant and Dec automatically winning this award, which bears no relation to reality," he told The Mirror.

"They’ve done nothing special in the last year, even they would admit that.

"I think it’s time the procession came to a shuddering halt and the Morgan bandwagon was rewarded with glory. We can’t have those two little vain-glorious Geordies standing there for the 20th consecutive year.

"Ant got one one year when he hadn’t even worked. It’s ridiculous. I’m taking a leaf out of his book, I haven’t really done much presenting in the last six months. So, therefore, by the Ant and Dec rule, I should get it."

The presenter promised he would be making an "awkward" speech if he won the Best Presenter gong.

He said: "It will obviously be awkward for the ITV bosses if I ended up being voted presenter of the year. I’ve already had the number one best selling book.

"If I was to then get TV presenter of the year as well in the aftermath of what happened, I think that would be ‘hashtag awks’, as they say in younger circles. Can you imagine how funny my speech is going to be if I beat Ant and Dec?

"I don’t know how long the show is, but there is a lot to get off my chest."