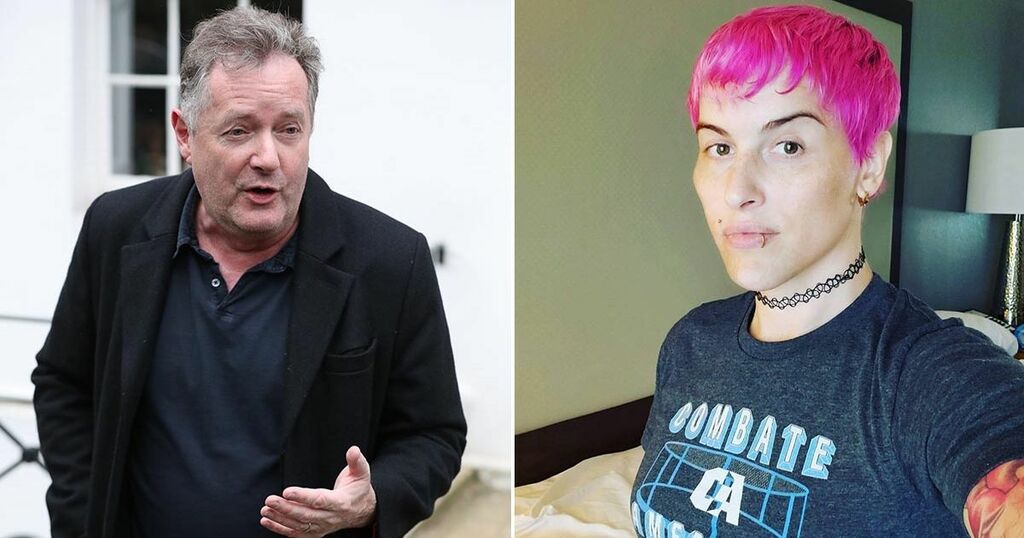 McLaughlin submitted Celine Provost in the second round after being badly hurt in the opening round last Friday night.

She became the first transgender fighter to compete in MMA in the US since Fallon Fox in 2014. Fox was heavily criticised by the likes of UFC commentator Joe Rogan during her short-lived fighting career.

McLaughlin had to undergo strict testing for the fight - including hormone assessments - all of which she passed.

McLaughlin came out as transgender at the age of 20 but her mother denied her gender reassignment surgery and she subsequently joined the US Army Special Forces.

And writing in a column for the Daily Mail, Morgan said the fight was a clear mismatch with McLaughlin overpowering her opponent.

He wrote: "I found the bout sickening to watch. It was obvious very quickly that McLaughlin was too strong, and equally obvious that this strength came from the 33 years she spent as a biological man.

"As I’ve said before, the restrictive hormone treatment that sports authorities make transgender women do before they can compete in women’s sport does not reduce muscle density or power.

"This creates a bad enough unfairness in non-contact sports like sprinting or weightlifting, but when it comes to combat sport like MMA it creates a potentially deadly disparity."

And on those labelling him transphobic, Morgan wrote: "As for scare-mongering - I’m simply spelling out an uncomfortable truth for those whose desire to virtue-signal on trans issues overrides their ability to see reality in front of their own eyes."

Fighters such as UFC star Sean O'Malley have argued that McLaughlin has an unfair advantage fighting other women, due to the higher levels of testosterone and bone density she developed before transitioning.

HAVE YOUR SAY: What are your thoughts on McLaughlin's debut? Let us know in the comments section.

Meanwhile, UK MMA pioneer Rosi Sexton recently shared her support for transgender athletes in MMA after initially being dismissive of the idea.

McLaughlin has since responded to her critics on social media, stating that more respect should be directed at Provost after the close scare she gave her in the first round.

She wrote: "Good morning, friends, supporters and others! I'm getting a lot of variations of the same nasty messages calling me a cheater like I didn't just get beat on for a round and a half.“

Y'all need to show [Celine Provost] some respect and take your concern trolling elsewhere. She almost finished me more than once, and on scorecards she definitely won that first round.

“This is the only post I'll make about this. Transphobes are just making my block hand stronger.”